Federer lets me get some sleep 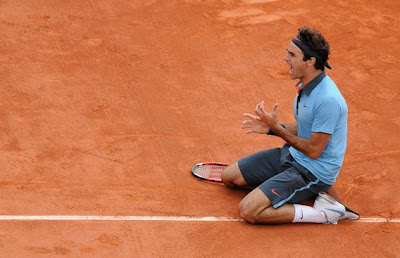 Last night I stayed up till 1:30am watching Roger Federer play a game of tennis. I don't think I'll ever have to do that again.