Abbott: Oh Br’er Rudd please don’t throw me into the briar election (or out damn spot)

Tony Abbott on AM this morning:

if the Prime Minister wants an early election with his government in this kind of disarray - fair enough. Let's have it.

Yep, you heard it here first: the Government is in disarray. Hmmm… ok then, here’s how many polls since Kevin Rudd became leader of the ALP in 2006 that have had the Liberal-National Party beating the ALP in Two Party Preferred terms:

Here’s the result of the last Newspoll (which was two weeks ago, and for some unknown reason there wasn’t one today, despite everyone including Tony Abbott expecting one):

Here’s how many seats that would see the ALP and LNP win if replicated at the next election:

But assuming that was a bit of a rogue poll, here’s how many seats the ALP and LNP would win according to Possum Pollytics’ current average of all recent phone polls:

But let’s be really pessimistic and say the vote at the next election is the same as in 2007; here’s how many seats the ALP and LNP would win:

Here’s Tony Abbott's response this morning when asked about the Liberal Party's Health policy – the biggest issue in Australian politics by the length of the street:

Well, we will announce our health and hospital policy in good time before the election.

The same can be said about their IR policy, their education policy, their child care policy (oh wait, that’s right they came up with one for that and it got laughed at by all and sundry).

Hands up all those who think the Liberal Party are ready to fight an election right now? 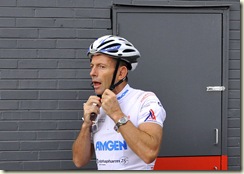 The only way Abbott’s calling for an early election makes any sense is that he is hoping to bluff Rudd into not going early, rather like Br’er Rabbit telling the Br’er Fox not to throw him into the briar patch. But let’s be honest even that doesn’t make any sense, because Rudd (and everyone else in the country) knows Abbott does not want an early election, and equally Abbott (and everyone else in the country) knows Rudd does not want an election before July 1 (because if he had a double dissolution before then the Senate would be back date to July 1 2009, meaning another election in only 2 years time).

And both Rudd and Abbott (and everyone else in the county) also knows Rudd wants to wait because he is betting Abbott will shoot himself in the foot the more time he has prior to an election.

So everyone knows Abbott is just being his usual self – full of bluster and without substance, and it is not Joel Chandler Harris, but Shakespeare to whom we turn for an answer to Abbott’s strategy:

Abbott is but a walking shadow, a poor player who struts and frets his hour upon the stage, and then will be heard no more. He tells a tale (told by an idiot) full of sound and fury, signifying nothing.

But if Rudd were one to quote poetry, he wouldn’t use Shakespeare to respond to the question of why he isn’t calling an early election. No, he would quote the Poet Laureate of the ALP: Paul Keating:

“The answer is mate, because I want to do you slowly”

But wouldn't it be a hoot if Rudd did quote Keating?

He's not going to, there's too much at stake, however we can but dream...

Ouch. Scathing. Not incorrect, though, IMO. I'm starting to think Abbott is somewhat blissfully oblivious to reality - political or otherwise. I've met a few amateur boxers in my time, and many have shared the trait of an unwavering faith in their own ability, irrespective of the superiority of their opponent. The blinkers go on and belief overrides strategy. They have - almost to a man - ended up as pub bouncers or shopping centre security guards. Such is the fate of those who value bravado over substance.

I saw today Tony Abbott has offered to fight for charity, 3 rounds, been busy so didn't read it properly, The herald I think.

I saw that as well, lyn. Just bizarre.

To paraphrase your Shakespeare quote into the modern vernacular, we could just simply say TA is 'Talkin' loud, sayin' nothin'.'

You probably know that political staffers (from both sides) stack talk back radio and news sites' comments pages, as well as blogs (my partner used to work for a politician, it was part of the staff's daily work). Plus the LNP appears to have the press in its pocket, but it doesn't appear to be swaying public opinion much. I think the LNP is believing its own publicity.

But it works sometimes. I was seriously annoyed last night when a visting friend now living in NZ made a comment on the 'insulation debacle'. I (thanks to you and Possum, Grog) was able to supply him with the real story. As he is a mathematician by profession, he immediately understood the statistics angle. He had never read any of this in the news stories that came his way (although I told him he should know better than to believe everything he reads). It makes me cranky knowing that rumour monging by the press (and commenters) appears to have lead to the majority of people believing something that simply isn't true.

Good article - thanks. I drove from Canberra to Cooma on Monday and passed Tony Abbott going the other way. My first thought was why aren't you in your office surrounded by health experts forensically examining Rudd's Health reform proposal and suggesting an alternative. My second thought was how can he get so much leave on top of his recent quad bike outback adventure. My third thought was that he obviously enjoys riding bikes more than doing real work. After that I gave up because it was going nowhere. But Abbott's apparent aversion to hard policy grunt is a major problem for the Coalition. He just doesn't work hard enough and it shows. Bluff and bluster can only take you so far. And how about Joe Hockey's speech today where he blamed the GFC on Government interference in the market. A rather novel approach when everyone else in the world thinks US Government non-interference was the problem. I had to check the date to make sure it wasn't April 1! It is the weakest Opposition group in living memory and as Keating said - if this mob get elected God help us.

No more than I expected though I must say.