On the QT: Seen it all before.

I’ve been writing about Question Time for as long as I’ve been writing this blog. I don’t mean to suggest I am some old hand at the caper, though as a decent politics nerd of some standing I have been watching Question Time for a fair few years now, and I have to say the last few sessions have been absolutely dire. So dire that well you have to wonder why the 90 minutes is even allotted to the cause.

Now sure, Question Time has always been a bit of a charade that bears only a passing resemblance to reality of the world outside the big building atop Capital Hill. But geez, the last few sessions are really stretching the patience.

Yeah that’d be none.

I know Robb was a there, I saw him before question time started, and he was on straight after. But during actual question time? err no.

So the Opposition didn’t want to talk the economy. What did they want to talk about? Yep, you guessed it:  THE BOATS.

Tony Abbott stared it off by asking about detention centres – even mentioning the “home made bomb”. Scott Morrison followed up with Malaysia. John Alexander (yep his second question) asked one on the protection of asylum seekers being sent to Malaysia. It was a good question, if disingenuous given the Liberal Party’s historical lack of care of the welfare of asylum seeker. But given the ALP has decided to do deals with Malaysia, they can’t take the high road (though both Julia Gillard and Chris Bowen tried to – but geez, it’s all running along the bottom of the gutter stuff). Julie Bishop asked Kevin Rudd another question on it all (she delivered her long question as though she were auditioning for a role in the Bold and the Beautiful).

No one bothered to answer any questions – even Wayne Swan struggled to keep relevant to a Dorothy Dixer.

It took till the Lib’s 5th question till they changed tack to the vexed issue of the carbon tax – with poor Greg Hunt, having to do his ritual self-sacrifice of his integrity, which saw him get up and make believe he wouldn’t give his left arm to be out in public advocating a price on carbon.

Then Luke Hartsuyker continued the “attack” and asked Kate Ellis about the electricity costs for local soccer clubs due to the carbon tax. In between thinking, oh give me strength, I also thought, Hey, I’ve seen this movie before. And yep, sure enough, let’s go back February 2010 and Steve Ciobo asking Kate Ellis this:

Nearly 18 months and not a bloody thing has changed.

Some people hope that when the Government does announce the price on carbon arrangements that the standard of the debate will elevate. But that is a very naive view. I actually predict it will get worse. The debate will come down to how much you’ll have to pay for bacon on a hamburger with the lot because the cost of electricity in the average piggery will increase by $X amount per year. Etcetera etcetera.

The Government of course will have the science on their side – as was shown quite nicely by the Climate Commission’s The Critical Decade Report, released today. 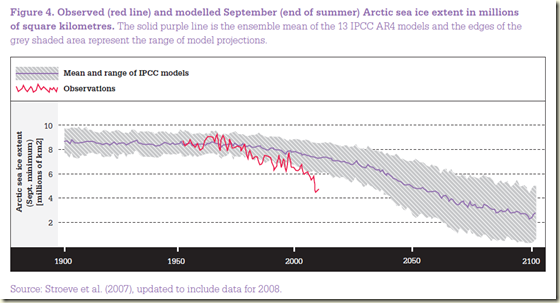 The Report is detailed and chock full of graphs that pretty well are only good reading if you are a climate change deniers if you read them upside down. Nick Minchin is quite skilled at this and he came out quickly to say:

“The so-called Climate Commission is a Labor government-appointed committee of known climate alarmists, selectively appointed ... to further the cause of global warming alarmism.

“I think everybody should take anything they say with a grain of salt.

“What's most offensive is (climate commissioner) Will Steffen suggesting the scientific debate is over.

“That's nonsense because there is a very lively scientific debate about the role of human induced Co2 emissions in climate change.”

This view was not shared by Tony Abbott – who likes to keep up appearances when speaking when there are cameras around – who said:

Abbot also said this specifically about the report:

TONY ABBOTT:  Absolutely not. What the Commission report does is state that direct action would be quote, “a rapid way” of reducing emissions. Now, the argument here is not about climate change, the argument here is about how to deal with it and the Climate Commission report says that direct action is a rapid way of reducing emissions.

Obviously his advisors had done a quick word search for soil sequestration and the came across that in the report. Here’s the full quote:

However, it is very important that this legacy carbon be returned to land ecosystems as soon as possible for a number of reasons. First, such sequestration is indeed a rapid way to begin reducing the anthropogenic burden of CO2 in the atmosphere. Thus, it yields some quick gains while the slower process of transforming energy and transport systems unfolds. 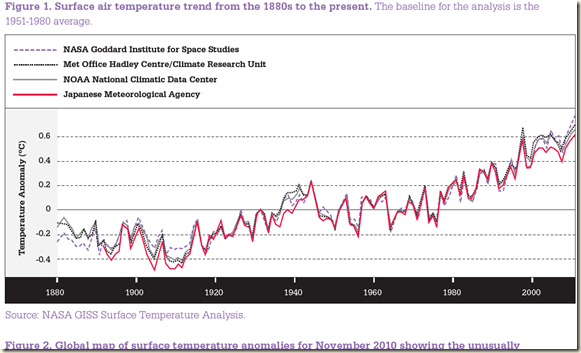 On the same page of the report (page 58) this sequestration is discussed, and this interesting little titbit is noted:

Some general principles provide a guide for designing and implementing an appropriate land carbon mitigation scheme:

1. The size of the stock is the important factor in the carbon cycle, not the rate of flux from one compartment (e.g. atmosphere) to another (e.g. a land ecosystem). These two different aspects of the carbon cycle are often confused. Although a fast-growing, mono-culture plantation forest may have a rapid rate of carbon uptake for the years of vigorous growth, it will store less carbon in the long term that an old growth forest or a secondary regrowth forest on the same site.
…
2. Natural ecosystems tend to maximise carbon storage, that is, they store more carbon than the ecosystems that replace them after they are converted or actively managed for production (Diochon et al. 2009; Brown et al. 1997; Nepstad et al. 1999).

In general, forests with high carbon storage capacities are those in relatively cool, moist climates that have fast growth coupled with low decomposition rates, and older, complex, multi-aged and layered forests with minimal human disturbance. This framework underscores the importance of eliminating harvesting of old-growth forests as perhaps the most important policy measure that can be taken to reduce emissions from land ecosystems.

So I guess we’ll see Tony Abbott heading off to Tasmania forthwith announcing his policy to end the logging of native forests. I bet even Bob Brown will stand beside him for that press conference….

This is worth a look.

What’s really pushing up the price of power?

You are correct Grog, QT was crap. Mr Rabbit and friends should have been on BUDGET. Instead they were on BOATS. Yet another SIDESHOW. Does Tanner address this type of sideshow in his book? I ask you because the Journo Herd won`t have read the book, or be bright enough to ask the question.

Agreed, seems anytime I hear Abbott these days he's saying the same thing, no matter where he is or what he's asked about...

All they do are the Three Ss: Slogans, Spin and Scare campaigns. They're too lazy to do any work.

I am getting heartily sick of the Federal governments asylum seeker policy.

Just get them all on-shore, resource it so that application processing times are reduced, thus any detention time, and reclaim some moral high ground.

Grog you're right - the rest is a race to the bottom along the gutter.

As for Minchin, he is on his way out and suffering from relevance deprivation syndrome, and just made an arrogant fool out of himself.

You, as a part time blogger can find the facts of what TAbbott is crapping on about (ie his plan is supported by the report??) and call him on it, yet the full time journos just regurgitate his words ad nauseum! So frustrating! Thank you!

Greg, I agree with the Liberal strategists on this one - targeting Labor's weak points is good for them. The budget doesn't have much for them to take aim at - it is almost the perfect invisible budget (except for the Public Service who will need to cut services again).

Unfortunately, the budget is so invisible that Labor have barely anything to sell up either.

Grog
I hope in the fullness of time that your reservations about the South East Asian Asylum Seeker Solution will prove to be unfounded. There is much to be said in favour of it as a regional solution for the long-term.
It is certainly not a copy of the Pacific Solution.
My only concern is the fate of the first few hundred who are sent to Malaysia.
The Gillard government would have to be suicidal to not stitch up a comprehensive, transparent and accountable system of protecting them.
This will be good for the whole region and act as a model for the rest of the world.
If they get it right.

Hear, Hear Wizman. You summed it up beautifully.

@NormanK Put the training wheels back on. These `Pacific Type Solutions` are just the Red Idiots following the Blue Idiots in `Out Sourcing Responsibility`. Privatisation Fever by Federal and State Idiots, ridding us of our Assets, Electricity, Telecom, has just been the Abdication of Responsibility too. Visionless, when we explore the NBN and Renewable Power.

The politicians are so out of touch.

Boat people are way down on my list of priorities. Way below things like the budget (all those funds for chaplains - I mean really?), murray river, carbon reduction, alternative enregy investment.

So out of touch.

Yet another report on the reality of climate change from those who are qualified to know and with no political axe to grind. Still large numbers of the Opposition refuse to accept its truth. Where do these people live? Even John Howard acknowledged its reality almost a decade ago. At that time the first carbon credit exchanges were born. Look at them now. Even if they don't understand climate science, surely some of these denialist pollies have a grasp of what carbon futures trading might mean for the Australian economy within the next decade?

Small things (like the number of refugees currently in Australia) amuse small minds. Massive global problems, like climate change, are far too difficult for Abbott and his bunch of clowns to contemplate. Let's put them on the first sinking island and turn them into climate change refugees. Maybe that will wake them up. Self interested fools.

Norman K - I agree a regional solution is the best case policy. But can we get Malaysia, Indonesia and Thailand into the UNHCR tent?

A big ask. Worth aiming for, but hard to see happening.