My Drum piece today has a bit of a squiz at the veracity of Tony Abbott’s claims that Government debt is creating “upward pressure” on interest rates. He made the claim in a doorstop on Saturday. Here were the stinging questions he faced when he brought up the link:

Mr Abbott, is there anything you want to say about the fact that ANZ rose their rates yesterday?

Just to get back to the ANZ issue, do you support the ANZ decision?

You do support the bank?

But some groups have been calling for interest rates to go down but this is going in the opposite direction. Is it justified?

Yep real tough, and as usual looking at economics through a political gaze. Here was the one attempt to hold him to account:

Isn’t it the higher cost of borrowing from Europe, because of their situation, it being given as the reason for this rise?

And this is a Government which is making a difficult situation worse. The best thing the Government could do to take the pressure off interest rates is to stop borrowing $100 million every single day.

Unfortunately the follow up didn’t attempt to challenge him on his belief that “this is a Government which is making a difficult situation worse” instead we had this limp question which implicitly accepted Abbott’s statement:

But that doesn’t bring that much comfort, surely, to ANZ customers who are suffering under the banks decision?

Yeah, he must really shake in his boots before having to front up to any press conference.

Anyhoo, here are the graphs: 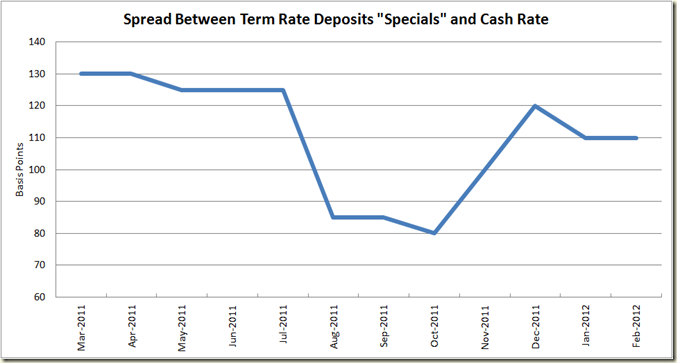 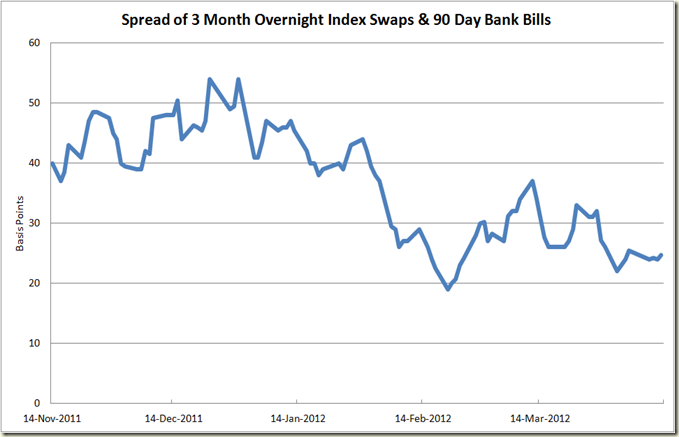 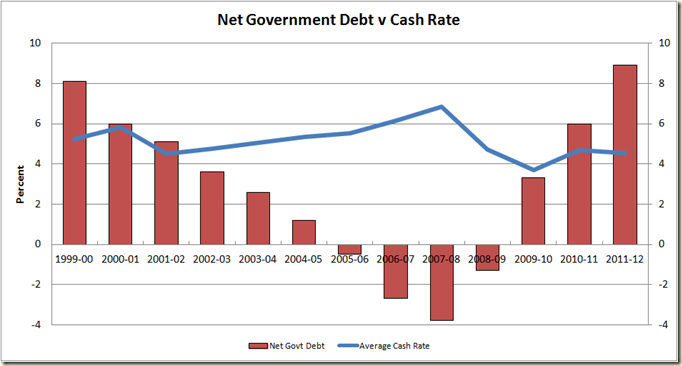 Brilliant work. I know some public servants who would probably like to buy you a beer.

There's also an argument that far from crowding out the banks, a liquid Tbond market (as opposed to what the previous government left behind) has attracted international investors to our debt markets, benefiting second tier issuers like, banks and corporates in the process.