Rudd puts a stake through the heart of Ruddock 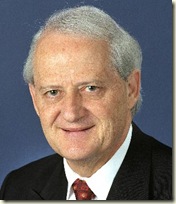 The common line by politics tragics about Phillip Ruddock is that he is the “Ghost who walks”, or the o 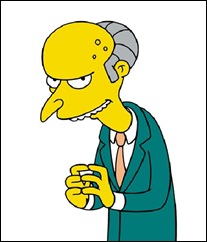 nly undead member of Parliament, or that he is only kept upright by regular doses of formaldehyde. Others simply compare him to Mr Burns from The Simpsons.

He is rarely heard of nowadays as he whiles away his time on the back bench enjoying a safe seat in Sydney that should be given up to some young Liberal PM wannabe. He only ever rises from his political crypt to talk on the issue of asylum seekers. For some reason he feels bound to defend his legacy as Minister for Immigration under John Howard. But, as Bernard Keane points out in today’s Crikey, Ruddock has nothing to be proud of (Keane refers to Ruddock as “it” in reference to Ruddock himself once referring to a boy locked up in Villawood detention centre as “it”):

There were 45,000 people in Australia unlawfully in 1996, when Ruddock first applied its tender ministrations to the Immigration portfolio. The following year they shot up to 51,000. A good start for Ruddock, but it was just warming up. Immigration stopped reporting the numbers for a couple of years, but when we next see them, in 2000, they’d climbed to nearly 59,000.

And as we learn from the Department’s 2004 annual report, they’d peaked at 59,800 in the last months of Ruddock’s stint as minister. So it presided over a 33% increase in illegal immigrants.

Keane also points out that over 95 percent of illegal immigrants come in through airports not boats . So putting all your resources and attention on the less than 5 percent who come in leaky boats is not only dumb, it is cruel – as it seeks to politicise the most helpless. And I am yet to actually hear anyone tell me just what is the worry about these boat migrants. Does anyone seriously think they are terrorists? Please. They’re desperate to get away from their own coutnry and for some reason want to live in Australia. Process them, see if they’re true refugees and treat them accordingly. Don’t use them as a political tool.

But there has been an increase in the number of illegal immigrants arriving by boat this year – due mostly to the Sri Lankan civil war and the fact that Afghanistan has gone down the toilet, so today in The Australian, Ruddock came out with this amazing statement:

“If the numbers keep on increasing at the rate they have been, I think the government will be looking at a pipeline of 10,000 a year or more. They were the sort of numbers we were looking at when we decided we had to send a clear and unambiguous signal."

Given that this year so far 1648 passengers and 64 crew have arrived by boat, methinks Ruddock has been imbibing in a bit more than just formaldehyde …

Now one of the common lines about Kevin Rudd is that he’s not a true Labor man, not a true believer, just a policy wonk who just used the ALP so he could become PM; that he doesn’t go for the jugular of his opponents like Keating could; that he doesn’t really believe in anything.

"I draw your collective attention as to what happened to all those folk who were on the Tampa at the time when I seem to recall the then prime minister saying that none of these individuals would ever set foot on Australia or words to that effect. I think that about half the Tampa caseload ended up in Australia by one means or another, and the rest as they say is history.

“Mr Ruddock was also that minister who said that asylum seekers had thrown their kids overboard. I therefore place zero credibility on anything Philip Ruddock says about anything on that subject at anytime. In one fell swoop, he destroyed his credibility to make comments on this issue.”

A great response – perfectly targeted, and pretty cutting about Ruddock personally. These words were music to the ears of Labor supporters as well. Rightly or wrongly many on the ALP side still believe Tampa lost the 2001 election (I don’t, but it sure as hell didn’t help), and so many ALP supporters want to hear their man twist the Tampa knife into the Libs, rather than run scared on the issue like Labor did for a number of years. Rudd then went on to address the temporary protection visas:

Mr Rudd said Mr Ruddock wanted the Howard government's Temporary Protection Visa system and the Pacific Solution, in which arrivals are housed in facilities in distant Pacific islands, reintroduced despite the fact the policy failed to deter nearly 10,000 asylum seekers during its operation.

Some good questions there – and shows you can’t keep a policy wonk down (he loves figures and can recite them at will).

Ruddock’s response – “When the Prime Minister has no arguments of substance he plays the man.”

Odd for a political ghost to be talking about substance...