Today’s Drum piece was on IR and productivity and the desire to be seen as in the middle.

For some reason one of the graphs was repeated and a couple were put in the wrong order. Rather annoying… Thanks to Matt Cowgill for pointing it out to me (much admit I hadn’t bothered to check). Here are the actual graphs in the correct order:

The first graph I used is from the blog, VoteView and looks at the way the Republican Party has gone to the right since 1975. 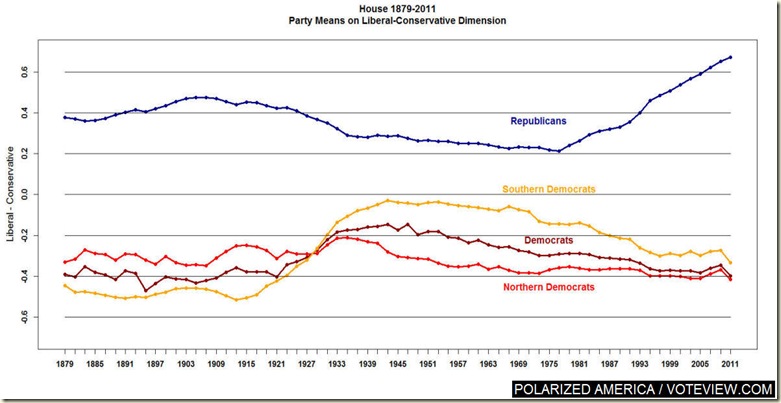 The next working days lost figures will be out next week, here’s the ones up till the December Quarter 2011. No doubt if there is an increase, all hell will be reported to have broken lose, economy in ruins, destruction throughout the country etc tetc… 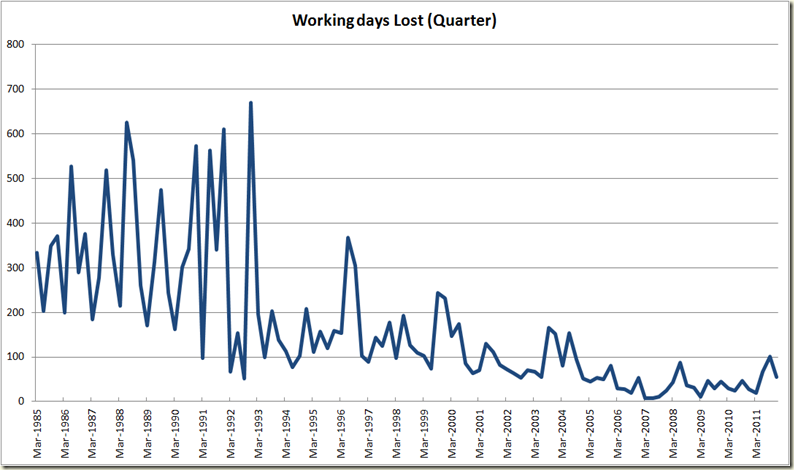 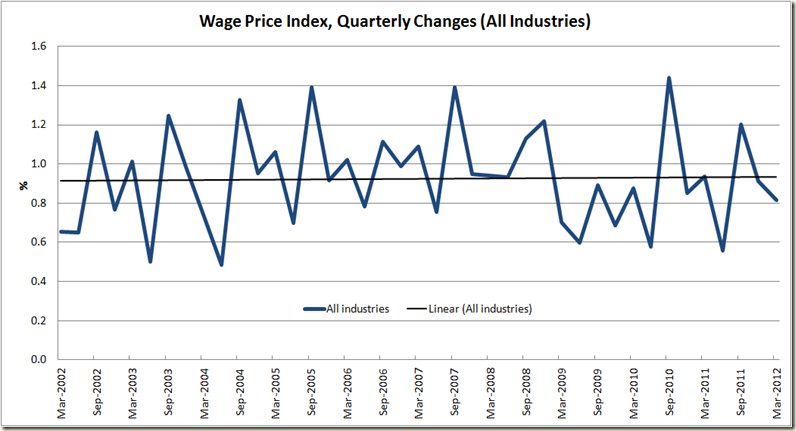 Mining sector increased in the past quarter (though after a couple below trend periods, this is not a shock) 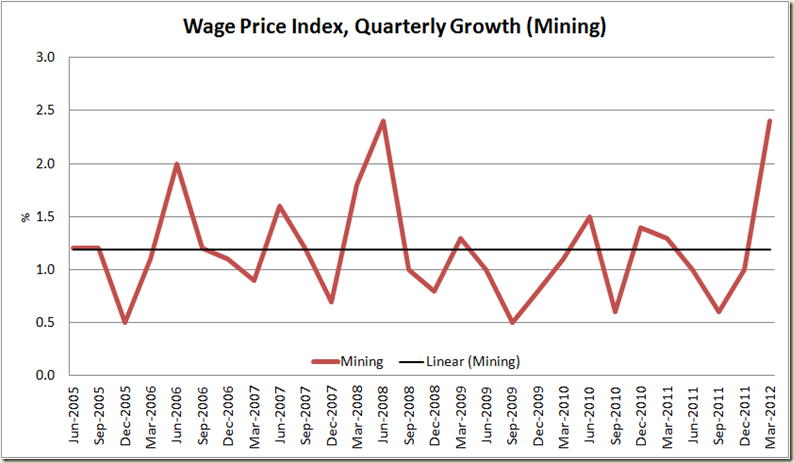 Mining wages growth over other industries certainly doesn’t display any real trend of horrors (God knows what was happening in 2006-07 – that must have been when the economy was in a big hole..) 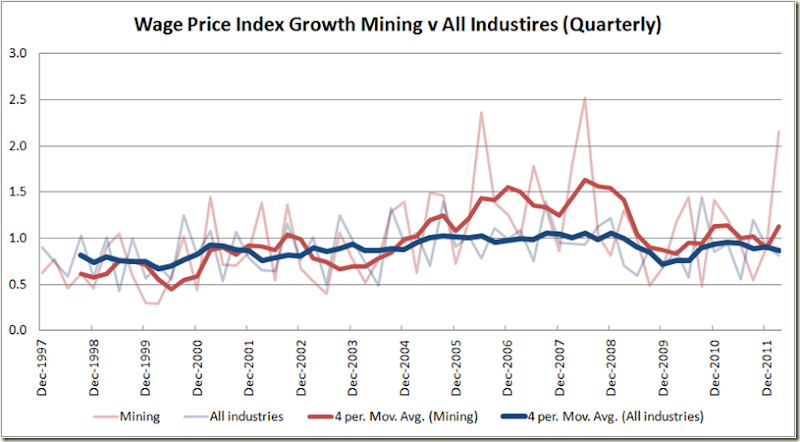 Mining might be generating lots of economic growth, but it ain;t doing much towards generating productivity growth. 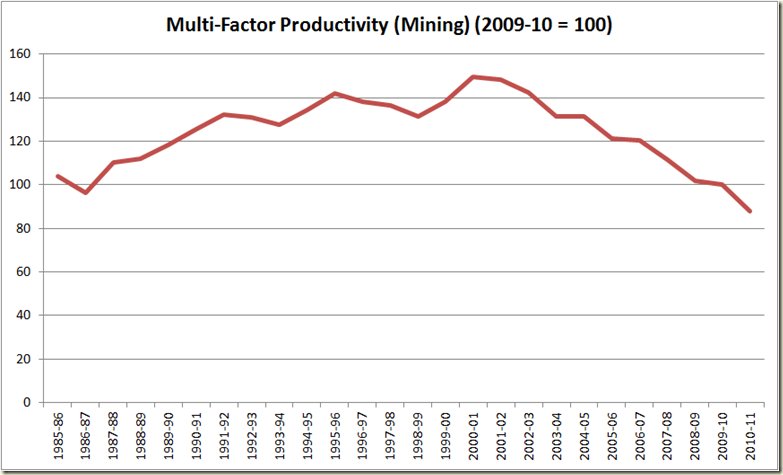 This one comes via Matt Cowgill – National income has risen since 2003 at a much faster rate than GDP. One could suggest one of the reasons productivity growth has not increased is because corporations haven’t needed to worry greatly about it because increases in terms of trade etc have allowed them to make money with less productive means: 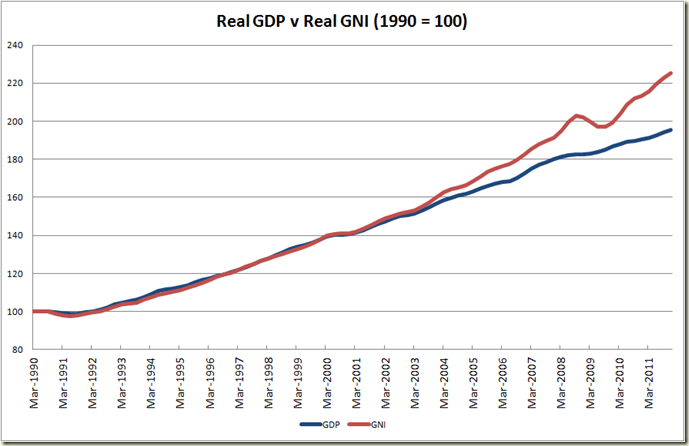 Corporation certainly haven’t had to worry about declining share of national income since 2003. 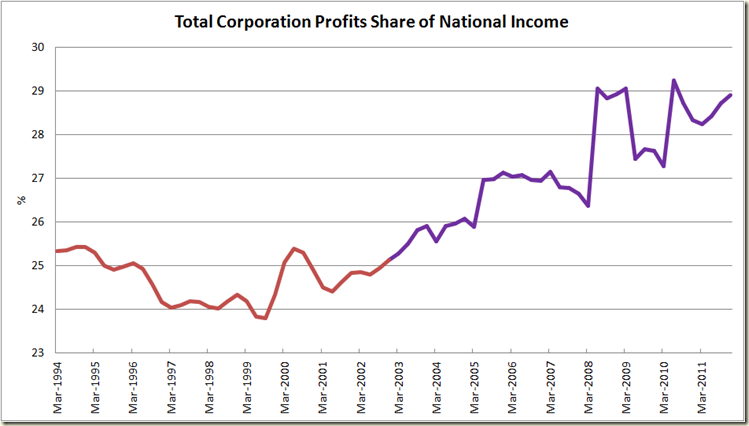 Today the retail trade figures were released. The seasonally adjusted figure was down 0.2%, the trend figure was up 0.3% 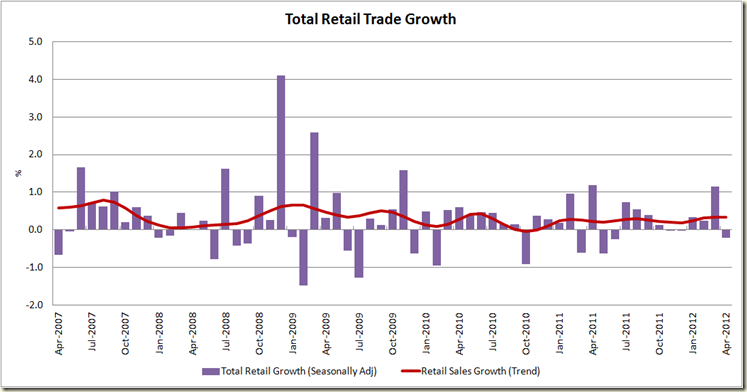 The big falls were in Departmental and Household goods. Food retailing trade increased. 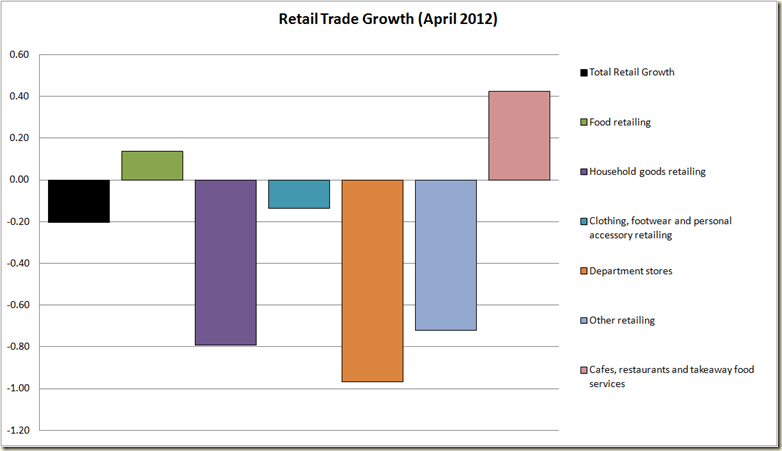 The reason for only a 0.2% decline is because food retailing accounts for 40% of all retail trade: 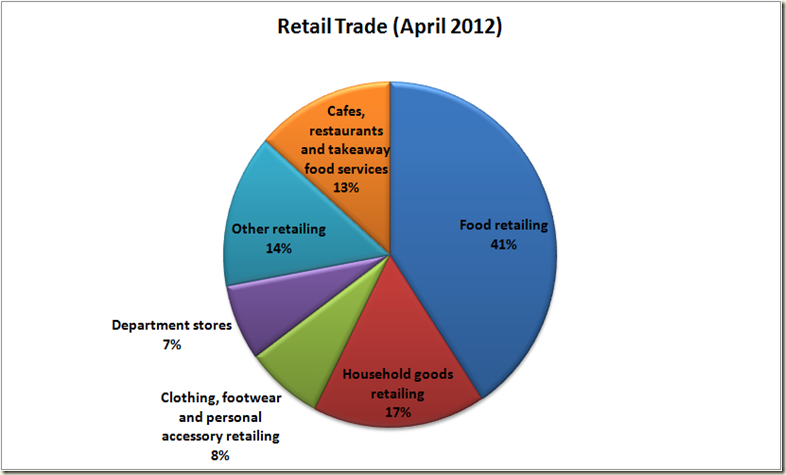 Maybe this would interest you

No question if there is an improve, all terrible will be revealed to have damaged reduce, economic climate in remains, devastation throughout the nation etc tetc…