Today the ABS released its quarterly wage price index figures, and once again we found that unions are absolutely incapable of delivering what the right-wing press and Liberal Party expect them to do.

Wages break out? That’d be a no: 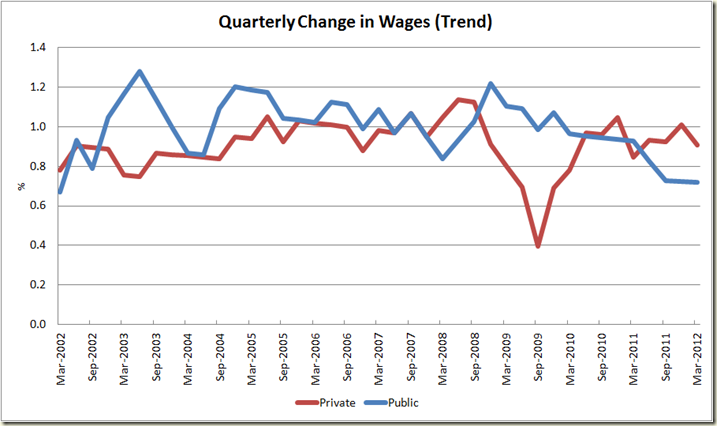 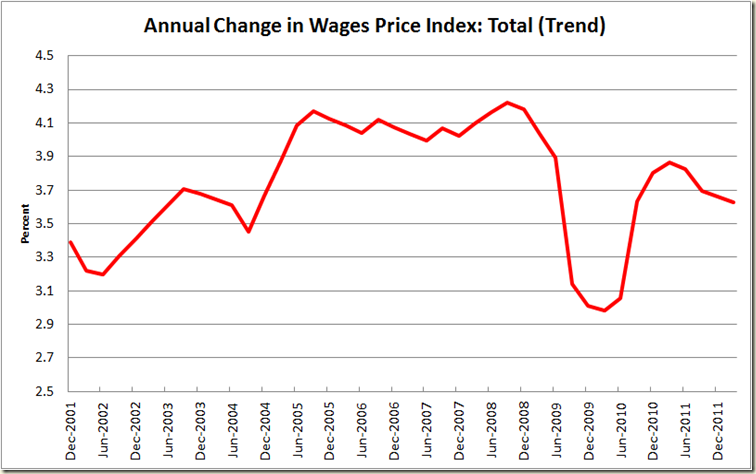 And if we look at the Wage Price Index over inflation, we see an uptick in real terms, but this is due mostly to the absurdly low quarterly rate of inflation – a mere 0.3% in trimmed means terms – the lowest increase since 1998. 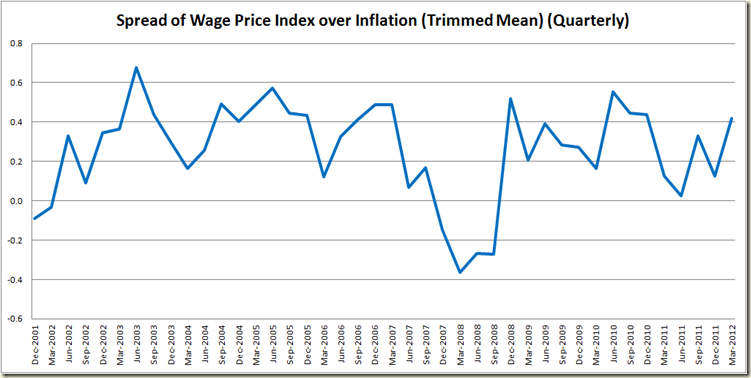 Pretty much the worst spin the you could put on it was that the rise was “above expectations”:

The big wage increase was in mining – not surprising, that’s where the demand for labour is:

Mining has shown an increase of late – a 2.2% jump in the wage price index in the March quarter: 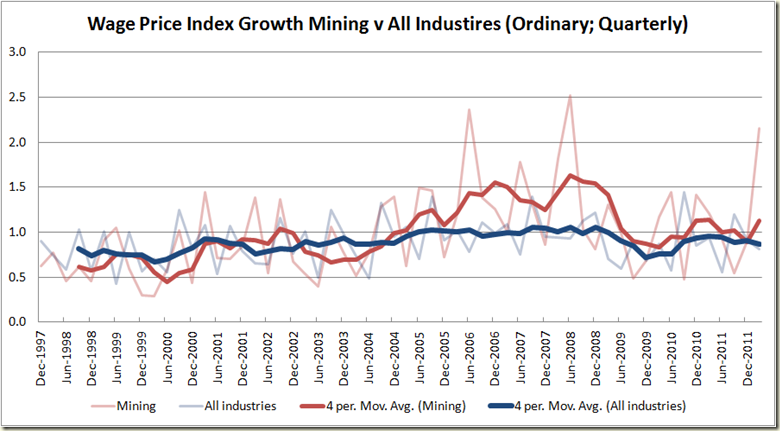 But as we can see on annual growth terms it is well below where it was in 2008 (ie prior to the introduction of the Fair Work Act), and around where it was in 2005 and 2006. The simple fact is demand does drive wages – and so too do skill shortages. What is important is that wage growth in a booming sector does not lead to growth in other sectors which are not booming. Clearly wages growth in the mining industry is not flowing into other industries.

A year ago the Shadow IR Spokesman Eric Abetz gave a speech to the Australian Industry Group. He said:

The Coalition is concerned that we will see huge levels of wages growth across Australia if action is not taken to ensure sustainable pay increases
….
Such unsustainable wages growth [in the construction sector] will increase inflation, increase the cost of living and increase pressure on interest rates. That destructive trifecta always results in job losses.
…
The simple fact is Labor has strengthened  the unions’ hand  by expanding right of entry. They have allowed the Australian Building and Construction Commission to be weakened and are now allowing wages growth to spiral out of control.

Abetz must be quite glad that in the 12 months since he made that speech, wages growth in the construction industry has stayed steady – and below that seen from 2004-2009:

As for Abetz’s concerns about inflation – lets have a look at how that’s gone in the time since Abetz gave his speech:

Interest rates? Well since Abetz gave his speech the cash rate has dropped a full one percentage point.

Someone should let Abetz know that he can sleep soundly – his worries were just figments of his imagination.

all looks reasonable Lets hope the indicators are the right ones, cos I don't want to be unemployed