My Drum piece today covers the rather comment-bait friendly topic of climate change.

I thought about writing it when I saw this graph on US temperatures that fairly well shocked me: 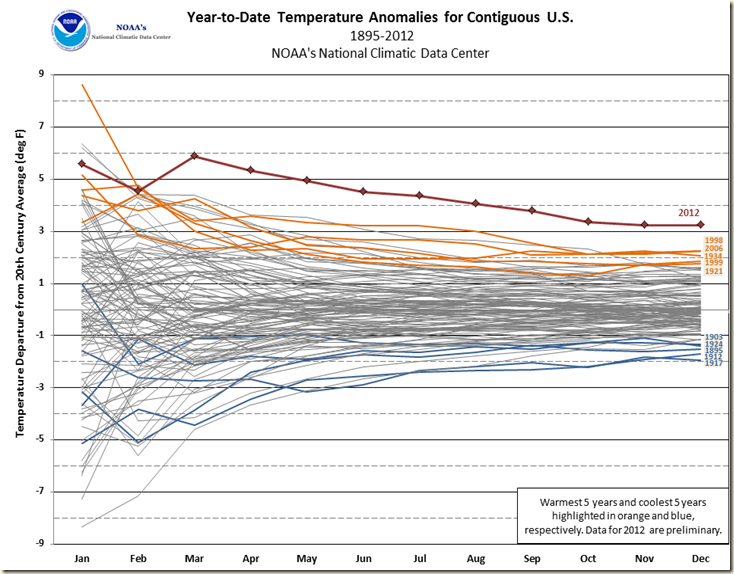 Now of course the United States is not the whole world, but for 2012 to be the hottest on record by around 1 degree F or about 0.55C is pretty jaw-dropping.

Then I looked at the world figures going back to 1880. It is all a bit confusing and tough to label all the year, so I have made 2012 the black line and all the red lines are the years from 2000 onwards: 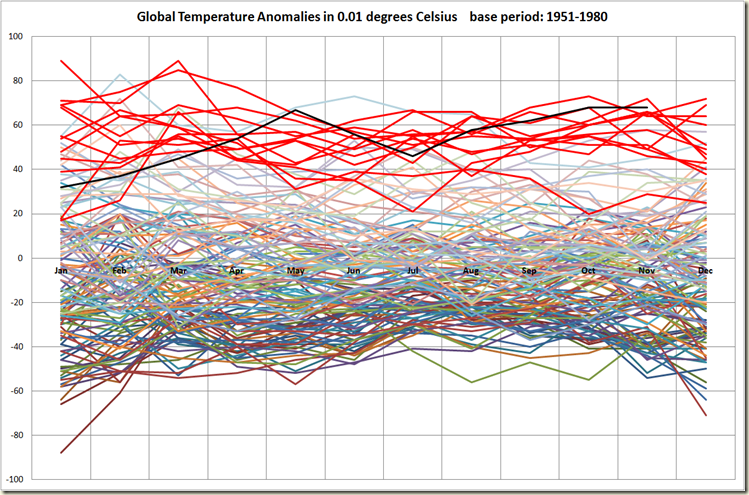 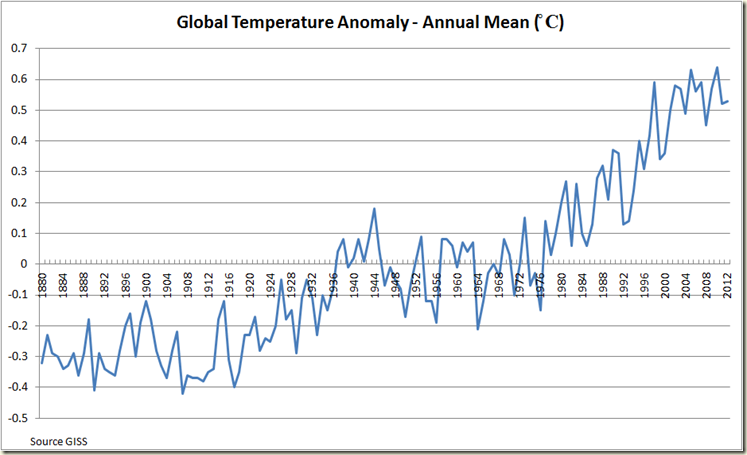 Now I’m a big fan of looking at things long term to find some context, so I though since I’m 40, I wonder how many of the hottest 40 years have occurred since I have been alive: 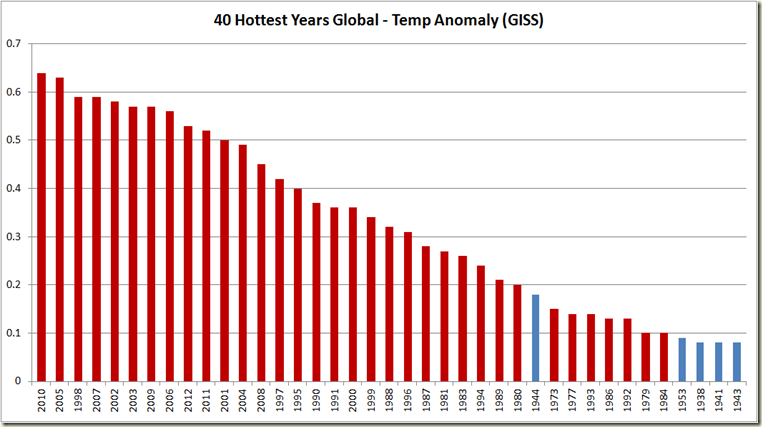 Clearly my arrival on the planet has caused some imbalance in the climate. There can be no other explanation.

In my article today I also had a bit of a slap at The Oz’s coverage of the environment. I really should be sanctioned for doing so – it isn’t seemly to shoot fish in a barrel so publicly. In my defence, as I had already submitted my article yesterday morning I was denied the use of Graham Lloyd’s classic headline “Sea rise ‘not linked to warming’ says report”. This meant I could not make use of the great image created by Mark Whalan on Twitter comparing the original article with an AAP report that came out loter int eh day after the co-author of the study Lloyd cited refuted his article completely: 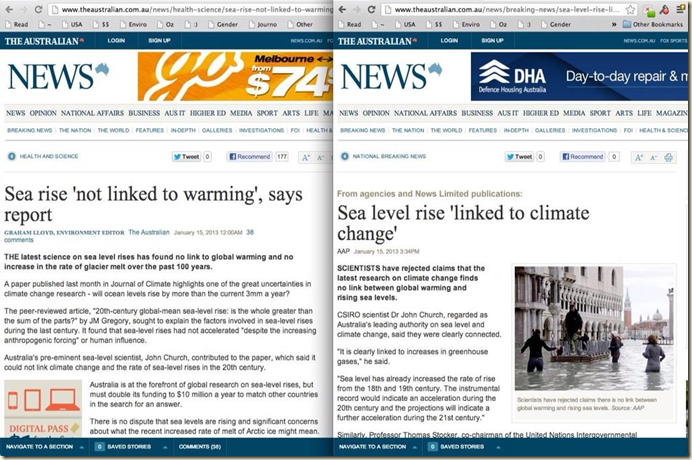 The good thing about most coverage of amazing new discoveries on the non-existence of climate change reported either in The Oz or various denialist blogs that get a run on news.ltd sites is how they invariably arrive about 5-7 days after they have been circulating on environment blogs.

Take the report on sea level rises in yesterday Oz. It was covered on the Real Climate blog a week ago (and with rather a bit more intelligence – though let’s be honest, that ain’t a high bar to get over).

The standard process for me when reading one of these types of stories is to think “Well that sounds interesting… but there’s probably more to it..”, then go online look at various blogs, find the “new research” is a week to a month old and finds almost the opposite of what was reported, or (quite often) was not even examining the areas on which the newspaper report says it has found startling evidence.

Ahh well, at least this time The Oz didn’t publish a response citing the “Australian Pocket Oxford Dictionary” on the meaning of the words used in its headline.

A commenter linked to this excellent video from NASA on the shift of temperature anomalies:

And this morning the thing doing the rounds is that GISS head James Hansen has put out a paper (pdf) that starts with:

Global temperature thus continues at a high level that is sufficient to cause a substantial increase in the frequency of extreme warm anomalies. The 5-year mean global temperature has been flat for a decade, which we interpret as a combination of natural variability and a slowdown in the growth rate of the net climate forcing.

This is apparently a big statement. An admission, if you will! Oh my gosh he has admitted what his data found!! The scandal!!!

Of course it’s probably if you want to think that to not read the whole paper because then you’d see things like this:

Indeed, the current stand-still of the 5-year running mean global temperature may be largely a consequence of the fact that the first half of the past 10 years had predominately El Nino conditions, while the second half had predominately La Nina conditions (Nino index in Fig. 1). Comparing the global temperature at the time of the most recent three La Ninas (1999-2000, 2008, and 2011-2012), it is apparent that global temperature has continued to rise between recent years of comparable tropical temperature, indeed, at a rate of warming similar to that of the previous three decades. We conclude that background global warming is continuing, consistent with the known planetary energy imbalance, even though it is likely that the slowdown in climate forcing growth rate contributed to the recent apparent standstill in global temperature.

And if that sounds too sciency, there’s an excellent video representation of this from Skeptical Science:

Great graphs. Here is another one I thought interesting. Summer temp anomalies 1951 to 2011 from NASA.

It is indeed - have added to the blog