My Drum piece has a look at US Wealth, and our capacity for monetary policy (so yeah, a bit less ranty than yesterday’s blog post!)

Here are the graphs:

The growth (or decline) in US net worth comes via the US Federal Reserve bulletin: 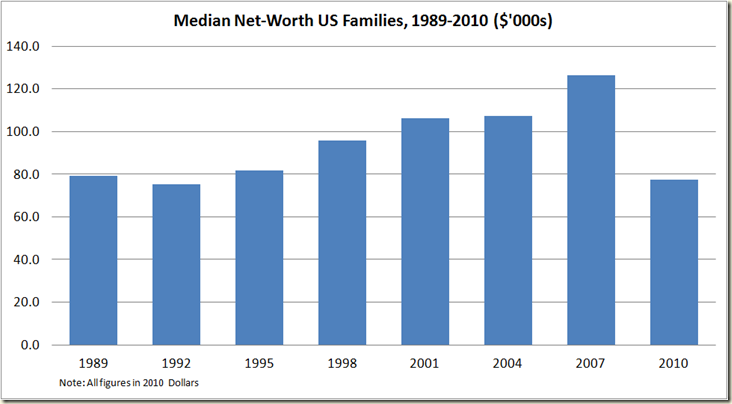 Wealth has gone down to for every income percentile except one. Yeah guess which one… 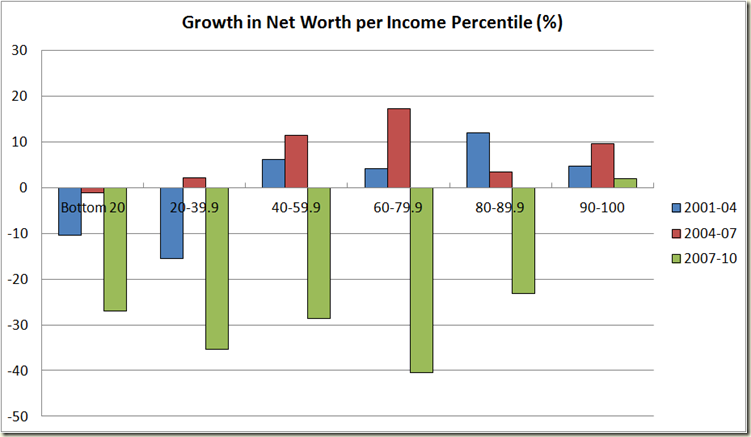 The link between US house prices and families’ net worth is obvious: 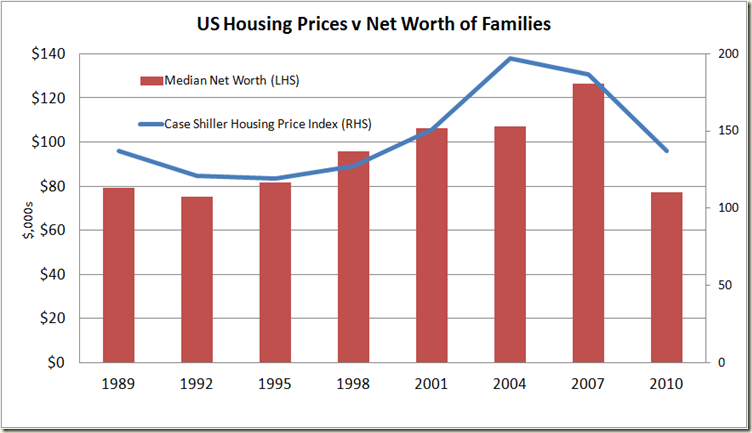 The Oz version, via The RBA:

Here are the latest Housing Price Index data released in May by the ABS (and by the way, geez there is a shirt load of data on housing): 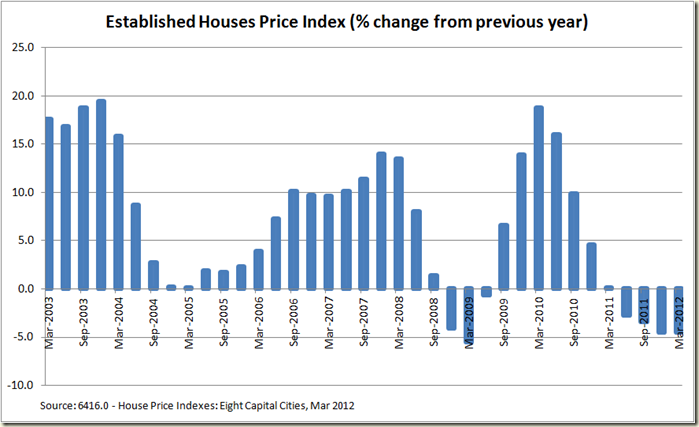 Housing finance growth is “at record lows” – is that bad? I don’t think so – neither does Christopher Joye, who knows more about housing than I ever will: 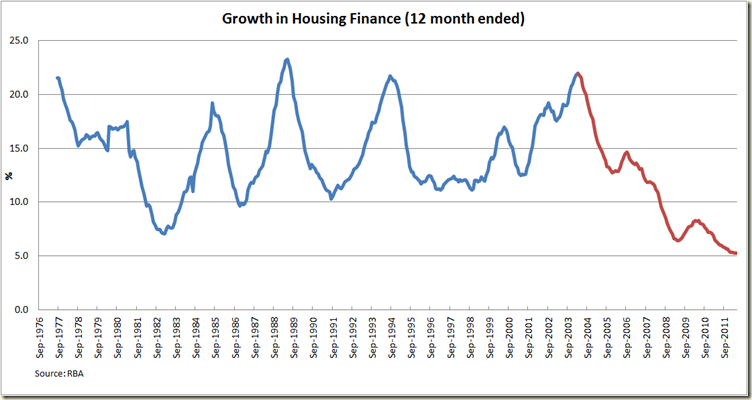 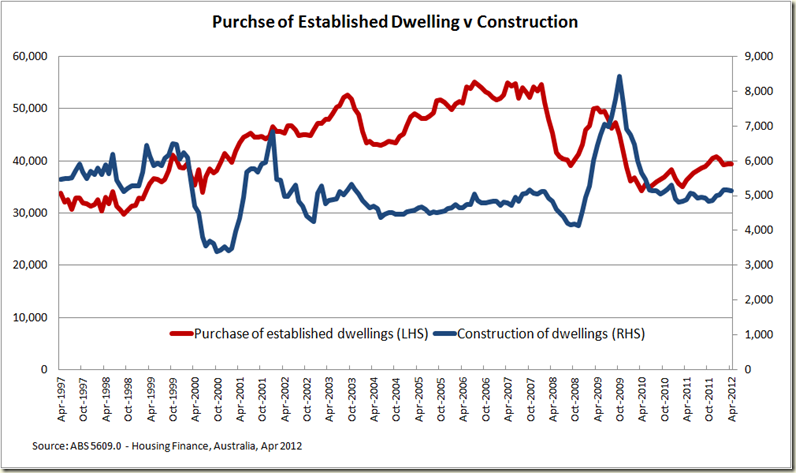 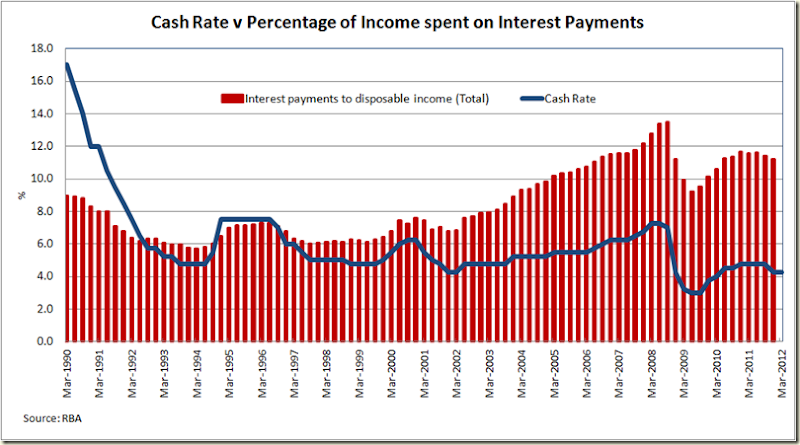 More housing data! Woot! A reading of this suggest the RBA will drop rates (which they have since March). But how much further down can they go? 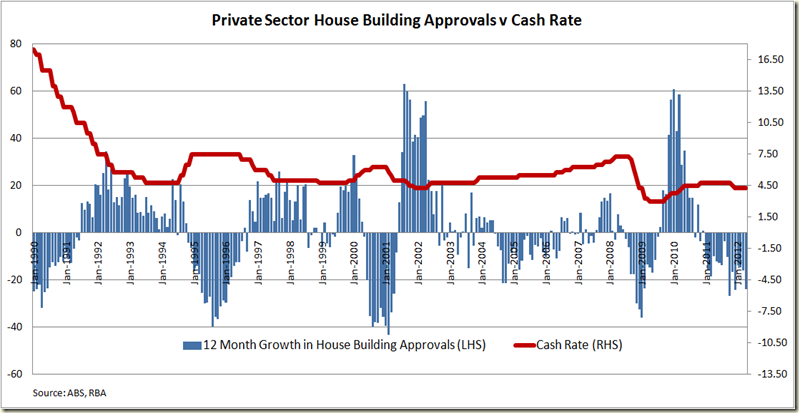 Let’s hope we don’t ever have a political party in power that thinks monetary policy can do all the work on giving the economy stimulus when things turn ugly:: 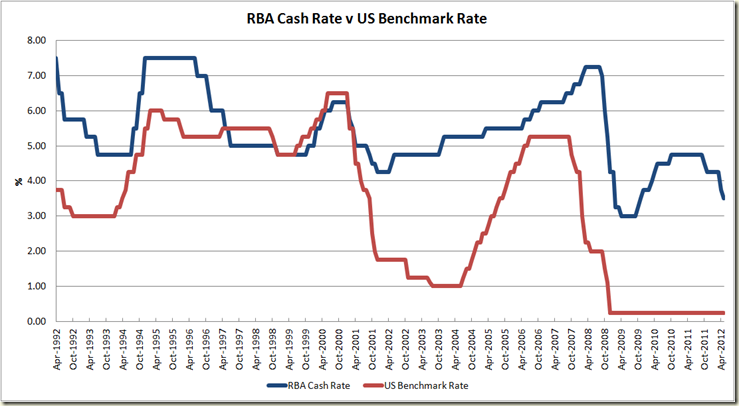 By the way, it’s always good when you do a post on how crap the media is, and you see an instant response. Yesterday I said The Oz’s (and others) coverage of Julia Gillard’s G20 visit was bullsh*t and showed the full footage of the press conference from where Dennis Shanahan constructed through some twisted view of reality that Mr Barroso was slamming the PM.

Well today here was the headline of Shanahan’s piece:

JULIA Gillard went out of her way to pick a fight with the embattled Europeans and boast about Australia's success in dealing with financial crises.

After European Commission president Jose Manuel Barroso's outburst at Europe about being lectured, the Prime Minister sought to transfer the heat to others.

Yeah she “sought to transfer”. And then he goes with:

Barroso's first reaction was to suggest Gillard had not paid enough acknowledgment to what the Europeans were doing.

His second was to deliver a general spray to point out that those lecturing Europe had started the whole problem and were now offering "lessons".

Notice how neither of these points is supported by any actual evidence that Barroso is reacting to or delivering a spray towards Gillard.

But then, why would you want to support your argument with anything like actual concrete evidence?