Drum Piece: Tennis– The Big 3 Dominate in a way like never before

My Drum piece today was on Wimbledon and the changes in Men’s and Women’s tennis in the past few years. held).

It all got lost amidst the Asylum Seeker debate, and will likely end up being the least commented piece I’ve written. Ah well.

Interestingly today as well 7:30 Report had a look at tennis – more from an Australian perspective but also noting the age of players and the dominance of the top 3. ESPN also had this article:

Who will break up the big three?

WIMBLEDON, England -- For eight years, the men's game has been defined by dominance. First Roger Federer took over the sport by winning three of the four Grand Slams in 2004. Then Rafael Nadal came along in 2005 and won his first major title at the French Open. Finally, Novak Djokovic broke through at the 2008 Australian Open, and emerged as a force in his own right last year.

Anyhoo. Here are the graphs (yes only I could find graphs when writing about tennis) 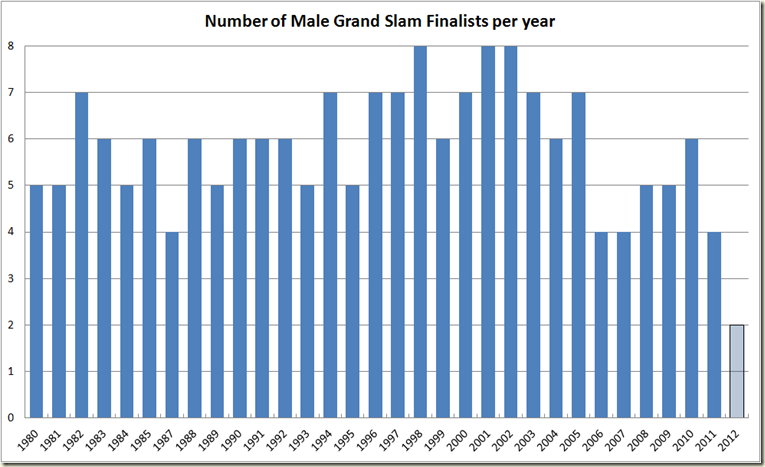 The following shows how far ahead the big three of Djokovic, Nadal and Federer are ahead of the rest: 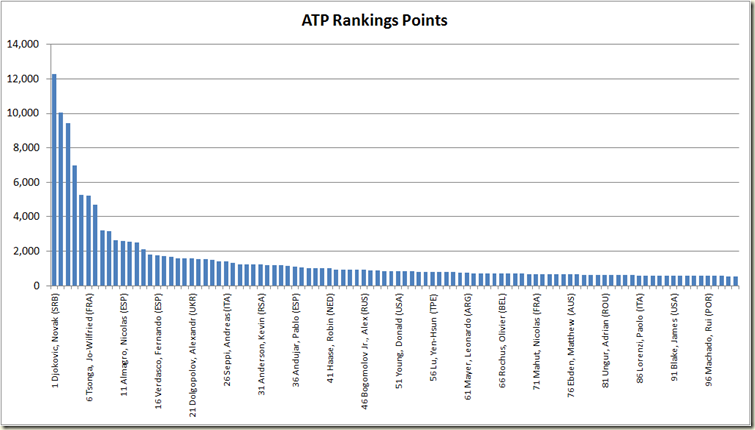 Will Nadal or Djokovic catch Federer? Nadal is a chance – mostly because Federer took a long time to start winning: 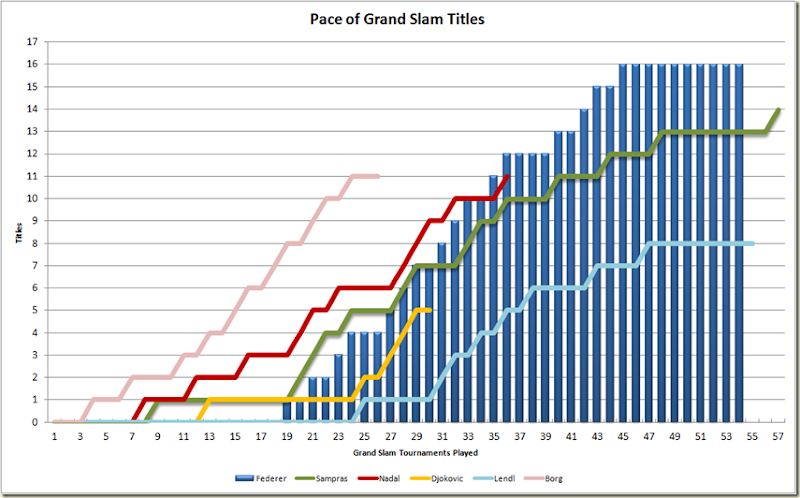 But once Federer realised he was the best player, he sure as heck didn’t wast any time: 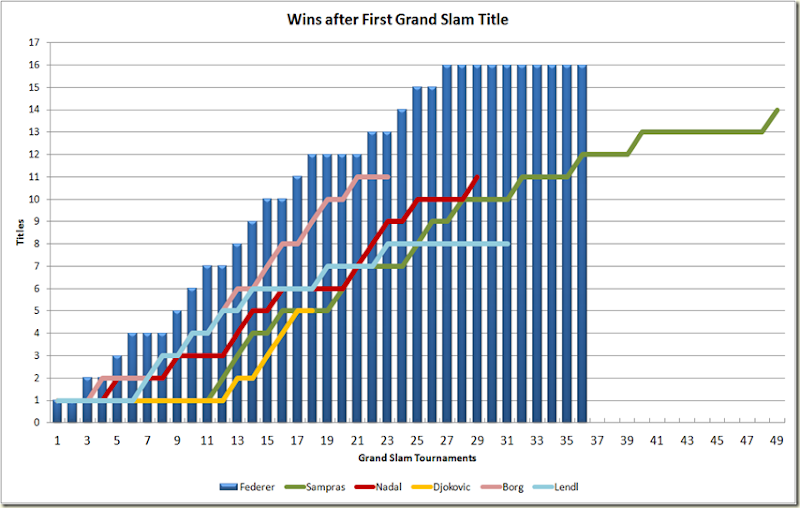 Email ThisBlogThis!Share to TwitterShare to FacebookShare to Pinterest
Labels: Sport, Tennis, The Drum

Last night I bet that Tomic would win a Grand Slam before Andy Murray did. I then got cocky and said Murray would never win a Slam.

It's not a bad bet. Tomic has a long way to go - but he won't spend his career playing against Federer, Nadal and Djokovic at their peak.

By the time Tomic gets to Murray's age, Murray, Djokovic and Nadal will all be 30,31 yrs old (and Federer will be retired).

Looks like this one won't have the top 4 seeds. But who would have thought nadal would go out so early?