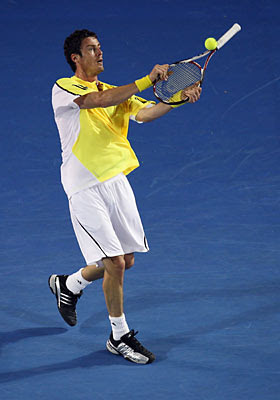 Last night the match of the tournament in the men's singles was played at the Australian Open. Roger Federer and Marat Safin played a third round match, and Federer won in three sets, 6-3, 6-2, 7-6.