A couple months ago I wrote a piece for the Walkley Magazine on 10 Things You Need to Know to Blog Your Way to Success (success, obviously being a pretty flexible term).

Rule Number 5 was Be regular

Ironically, since writing that I have probably been less regular than I ever have in the past 2 and a half years (3rd anniversary comes up in July). The regular irregularity continues tonight, as this post was meant to be a piece on some favourite novels of mine. Life, as it always does, intrudes and so I shall have to hold that over till another week. I wanted to post something however if only to arrest the irregularity of posts.

And so instead I shall direct you eyes to this rather wonderful idea that someone I follow on Twitter (by the name of Crackers_76) linked to today.

It is the page by a guy known as “Cee Gee” who has redone album titles as though they were books. It is one of those genius ideas that you come across every now and then on the internet.

Now I am on record as believing you truly do and should judge a book by its cover. I’m also pretty strongly into analysing  movie posters. But record covers have never held much magic for me. Perhaps because we never had a record player growing up and so it was just the small cassettes that I had, which never really conveyed a great sense of art.

But if you had to tie me down and get me to answer the question though, I would have to say my favourite record cover is “London Calling” by The Clash: 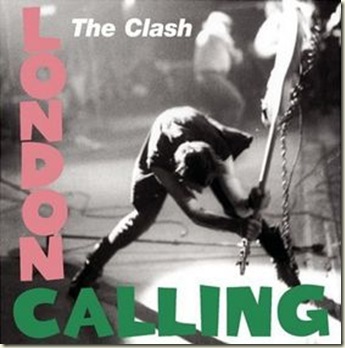 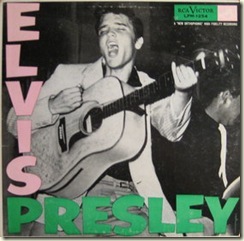 It just conveys everything you need to know in that one picture. The referencing of Elvis Presley is perfect, but combined with the absolute riotous anarchy of the guitar about to be smashed, it is rendered perfect.

You’re with us or against us.

And when it comes to The Clash, I’m most certainly with them.

But as I say, record covers have never grabbed me like book covers or movies posters.

I can see an old edition of a book I read in High School and will get a rush of memories more than I would if I saw a record cover from the same period. Probably it is because I am rather obsessive about books and movies, but less so about music (I think I saw those who were music obsessives and knew I could never match them!)

However this idea of turning album covers (or more correctly the album titles) in to books is genius. And I recommend you go to the guy’s page and have a look (and check out as well the cool photos has has taken featuring people holding album covers).

Here are my favourites. I think they perfectly capture what could easily be the spirit of the album’s name (especially when he used the real names of the singers as he does with David Bowie and Prince). 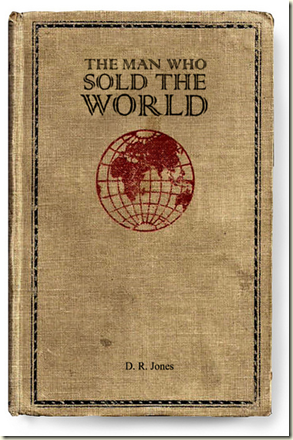 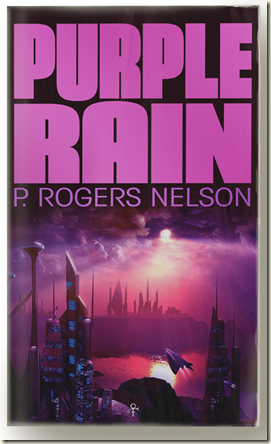 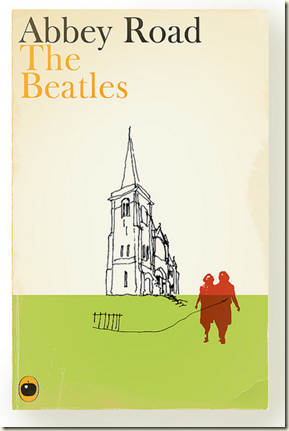 Have a good weekend – I’ll try to get back some regularity soon!

Thanks for the mention!

I dunno, Grog, those "record books" seem a bit old fashioned. I prefer the widescreen version: the "album cover"...

I'm a great fan of your blog so please accept this as being in good spirit but the Clash were never really into anarchy and the cover of London Calling has Paul Simonon about to smash a bass, not a guitar.