I’ve written about this quite a few times, but if there has been one aspect of the economic debate that has been more subject to obdurate facts it is that of IR and the predictions of the Fair Work Act bringing about a wages breakout.

UH oh. Are we about to go back to a Peter Reith and John Howard future. Except, obviously, without them, or crucially, their legislation.

Glenn Stevens' real nightmare scenario - and trust me, it's every mortgage borrower's as well -- is a wages breakout. Is it about to start on the waterfront?
…
Kevin Rudd and Julia Gillard dismantled the immigration rules and the boats started coming again.

They dismantled the IR rules and industrial disruption and exaggerated wages claims are starting to come again.

On a side note, it takes a real skill to make a link between asylum seekers and IR, though I take points off McCrann for not also mentioning climate change.

Well today the June Quarter’s Labour Price Index was released by the ABS. It showed an increase in seasonal terms of 1% in the quarter and 3.7% in past 12 months: 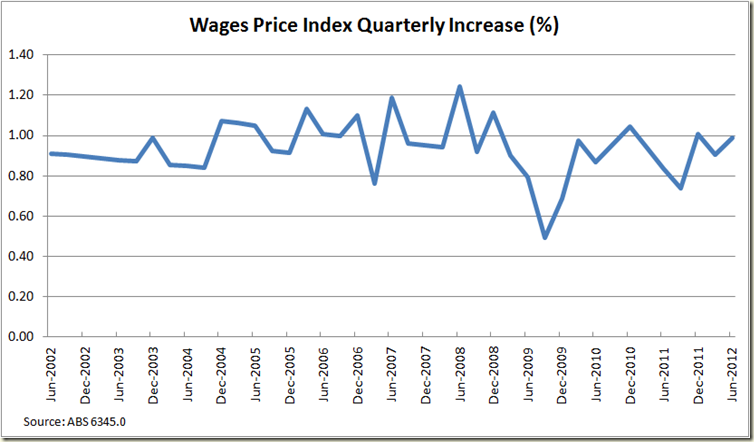 Can you spot the breakout? It might help if you tilt your screen sideways 90 degrees.

Let’s look at the public sector – public servants are always bloody greedy, no doubt the total figure hides a big breakout there: 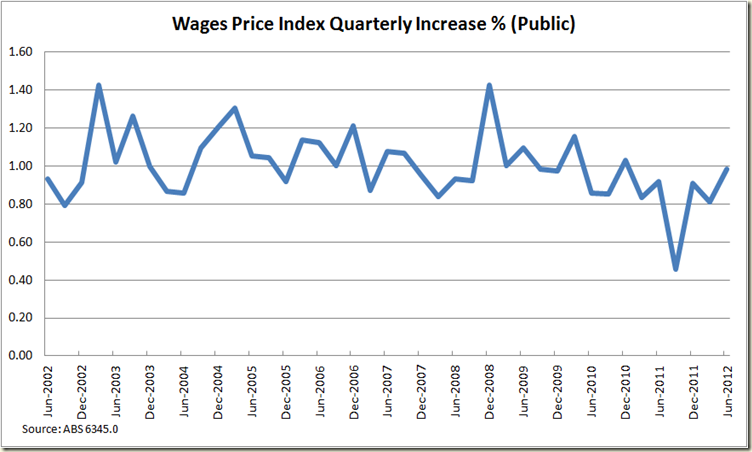 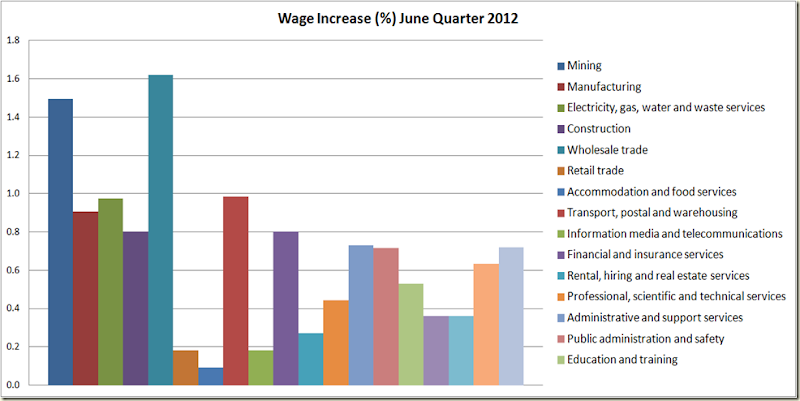 Mining again (as it was in March) is where the big jump occur. Also interestingly Wholesale Trade also jumped by a lot, but one of the problems with these breakdowns is they’re not seasonally adjusted at all, so you don’t want to read too much into one quarter.

Let’s look at mining, given that’s where the demand for labour is, and thus according to the laws of supply and demand (Adam Smith's invisible hand and all that) that is where we should see the increases in wages. A look over the past 6 years is interesting – ie after the March quarter of 2006 when Work Choices came into effect till now): 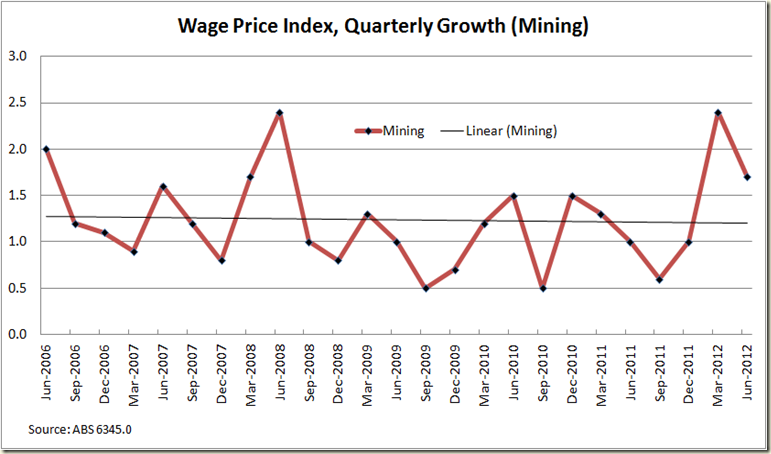 The last two quarters have been above the 6 year trend, but a fall from the March quarter, which some suggested was the start of a big spike.

What about the non-mining industry areas of construction and manufacturing over the same period: 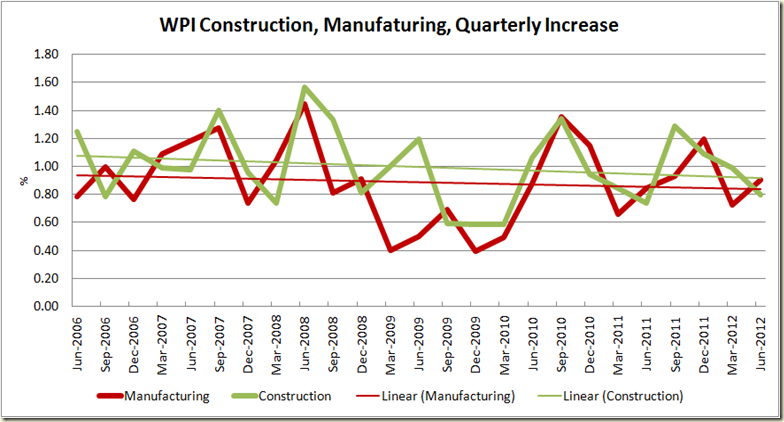 Again no sign of a breakout occurring due to the Fair Work Act.

But let’s look at the waterfront. Most of the work involved with that sector comes under the “Transportation, Postal and Warehousing” sector. How has that been going since June 2006 (or indeed since McCrann wrote his piece April last year)? 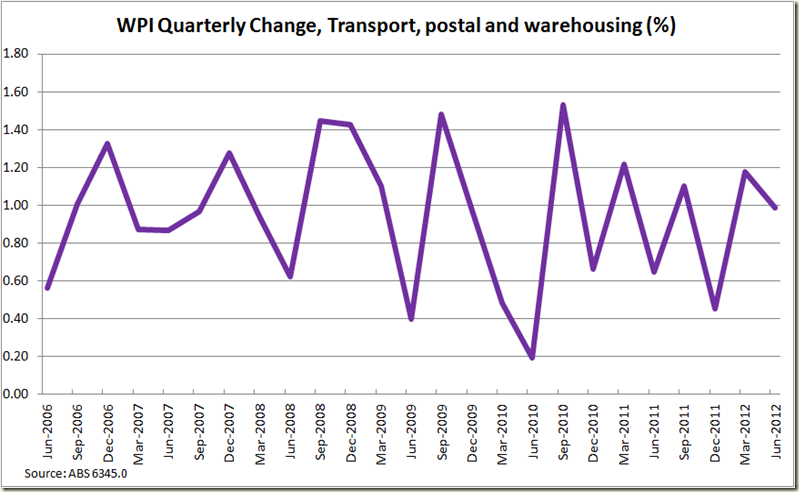 At some point it might be time for the fear mongers to admit that anecdote doesn’t cope well when it goes toe-to-toe with facts.

On another note, today the Gallery of Australian Democracy (Old Parliament house) released a GREAT website that features all the campaign launch speeches from the Prime Ministers and Leaders of the Opposition from every election since 1901.

You can read the speeches or you can “explore” and type in key phrase to look at when certain issues were of importance (or not).

silly question, is that massive variation caused by this being figures on spending by employers on wages and thus accounts for sackings and hirings? Seems like a lot of volatility none the less

I have another question (forgive my ignorance), what is sustainable wages growth? The RBA says the safe inflation band is around 2.5 - 3%. This being the case, do we assume that wages growth rate slightly higher than inflation is good for the economy as it effectively lifts people into situations of having more disposable income which they can then put back into the economy. What would happen if every employee simply got paid rises according to inflation?