A Little Health Q & A

Today over in America, the House of Representatives helped join America with the rest of the world and kinda sorta put that nation on the road to universal health care (still needs to get through the Senate). The US Health Care Bill would be laughed at in this country (as too would the  debate – can you imagine an Australian politician thinking it was great that now Australians who changed jobs would no longer have to worry about their health care – yep that’s how stuffed is the current US health insurance system). The Health debate in Australian is significantly advanced on that of our US cousins, and thank God we don’t have any (or should I say not too many) Tea Party style nutters that permeate around the American political  arena and on the Fox News Network. 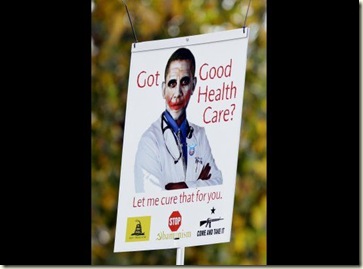 Here we can have a debate on health and know that it is pretty unlikely either side is going to start saying the other wants to kill old people, or that the leader is possibly an insane serial killer.

Tomorrow’s debate at the National Press Club between Rudd and Abbott on health will, I suspect, not be riveting television (the appearance of the “worm” on Channel 9 not withstanding). The main debating issue today has been the actual set up of the debate. The Liberals have rather spuriously called for it to be put on prime time so more people could watch it. Yeah right – I suspect it would rate close to bugger all – most people don’t give a stuff about politics till elections. The other issue was the format – it’s to be a 5 minute opening statement each, then 10 questions from journalists – with the respondent getting 2 minutes to answer or a minute to respond to the other’s answer. If they’re both asked a joint question, they get two minutes each.

The Liberals have already betrayed their insecurity with Lib Party Federal Director, Brian Loughnane, trying to float the balloon that if the debate were to be “serious” it would be on a wide range of issues. Sorry Brian (and Tony), we’re talking about Health now – Abbott was the one who got all hairy chested about having a debate, Rudd just pulled a swift one and made sure the debate would be on his terms.

Now of course the media are all in a tizz over whether or not Rudd has done the right thing – saying he’s giving Abbott equal status etc etc. All I can say is it would be bloody nice if the media were to give Abbott some equal treatment and not let him bring out utterly stupid policies, make utterly stupid appointments, and make over the top utterly stupid statements, and then just explain it away by saying “oh that’s Tony”. 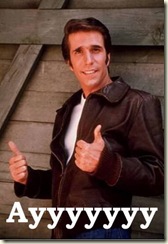 Seriously, if in 2007 Rudd had appointed someone as incompetent as Joyce to shadow-Finance, brought out as ill-conceived a paid, parental-leave scheme as has Abbott, and then said a cancer ward in Darwin should be renamed “the Kevin Rudd Cancer Ward”, or that Australia should try and emulate New Zealand’s basket case economy, John Howard would be still teasing Peter Costello about when he was going to hand over the keys to the Lodge.

Instead the media have been like school girls sitting in a booth at Arnolds, waiting for Tony “the Fonz” Abbott to click his fingers so they can giggle and go out the back for some heavy petting.

But still, tomorrow the media get a chance to ask some questions. What will they ask Tony Abbott? He has no policy at the moment, so what can they ask? All he can say is he’ll bring in something better, and he’ll run it better than Rudd. Perhaps Abbott might announce some flashy-but-meaningless policy – some more “direct action” no doubt – you know, more nurses in aged care or more funds for sick children or perhaps another increase on the cigarette tax to pay for everything (or hey, he could say he’ll sell another public asset).

On Insiders on Sunday Misha Schubert suggested the Libs might try and trump the ALP policy by pledging a 100% take over of hospital funding. George Megalogenis quickly pointed out that going to a 100% federally funded model would be a disaster, as the Federal Government would have next to bugger all control over any other area of state Government expenditure. But will Abbott throw out the suggestion tomorrow as a bit of a thought bubble? I doubt it – in fact I expect Abbott to play very straight bat on any policy ideas.

But what about Rudd? There’s obviously more to come from the Government's Health and Hospitals Policy, so he may release some new stuff tomorrow – though he needs to be carful that it doesn’t look like he is treating health policy as a debating gimmick. But he can fill in a lot more details, and for what to fill in he can take some advice from Tony Abbott. In last Thursday's mini-debate in Parliament, Abbott threw a few questions at Rudd:

Just what is this “casemix” funding system you ask? Well as Abbott rightly points out it is the funding system currently being used in Victoria. You can read about it here. This is what it is in a nutshell:

Casemix refers to the use of classifications that bundle patient care episodes into clinically coherent and resource homogeneous groups.  Casemix commonly means the mix of types of patients treated by a hospital. It is an information tool that allows policy makers to understand the nature and complexity of healthcare delivery and that enables the measurement of hospital performance, aiming to reward initiatives that increase the efficiency of hospitals.

Does that clear it up for you? Err me neither (but I’ve never claimed to be a health economist).

Nevertheless, were I one of the ten journalists, I would be looking closely at Abbott’s questions, and working out which one is most relevant (obviously if you ask the last one, you are a Liberal Party shill, but hey someone always seems eager to take that role). Were I one of Rudd’s advisors, I would be looking at those questions and making sure I’ve got good answers to them – and if not on the basis of currently released policy, think about releasing some more information tomorrow. On the other hand if they are irrelevant I’d be making sure Rudd has a very good answer to show why they are irrelevant.

The details are important. Too often the ALP gets lost in the magic of the big picture and forgets that the Conservative forces love details. Minutiae – the more irrelevant the better – is what is used to bring down big-picture plans. Take the BER – is the media talking about the big picture of helping Australia stay out of a recession? Hell no, instead they’re being fed and reporting on stories about 16 projects that may or may not (mostly may not) be a bit sloppy. Yep 16 out of 24,000 projects, and suddenly the media starts throwing around “bungled”!

The problem for the media and the Liberals is that in Julia Gillard the ALP has someone who can argue big picture and minute details equally as well, and so all these “bungles” generally end up getting shown as complete hooey, (especially when raised in Question Time).

Rudd (and Roxon) don’t need to sell the big picture – the public has already bought it, and wants to mount it on their wall. Today’s Essential Media Report shows that 58% of the electorate is in favour of Rudd’s plan as is (heck 46% of Coalition voters support it!), and only 12% are against it (the 30% of the rest neither support nor oppose or don’t know). What Rudd needs to realise is the Liberals will use tiny details to try and win over the 30%. You know the drill – fear and smear “if Rudd doesn't know how to do “X” then the entire scheme is unworkable”. “X” might actually be irrelevant, or only a minor part of the plan, but unless Rudd can effectively demonstrate that is the case (or that he does know how to do “X”) it can be the small tear that rips apart the entire policy.

Rudd needs to work hard to convince the electorate that regardless of what Abbott says, he’s got the details of this policy down pat – he needs to show that he knows more about it than does Abbott, and he needs to appear two steps ahead.  Sure Abbott will have to come up with his own plan, but here’s the thing: if Rudd can sell this policy so well that it does actually get the states onside and keeps the public as well, then whatever Abbott come up with won’t matter.

Similarly if Rudd appears to have put out something that is half-baked and lacking in far too many details – too many things that “will be released in due season” – then it might not matter either what policy Abbott brings out, because Rudd’s will be dead (ETS like).

Tomorrow’s debate won’t win or lose the election – it’s just a blip – in the long road ahead. Rudd needs to forget about “beating” Abbott in the debate, and concentrate purely on selling his policy to the people – the people are holding the big picture up on the wall, they want to hammer in the nail and hang it; all they need to know is that if they do, it’s not going to fall down in a week’s time – they’re looking to Rudd to convince them it’s ok. Go to it Kev.

The ten journos to ask the questions will be:

I’m a huge, huge fan of Laura Tingle, so we know at least one question will be intelligent. Mark Riley, I think is far too interested in getting “gotchas”, then in policy. Matthew Franklin will probably ask Abbott why the Government's plan will cause the closure of all country hospitals.

In some ways I am actually more interested to see the questions each journalist asks – and to whom. I think it may be very revealing.

What? No 'Sphere of Influence' asking the questions for the Nine Network? Who is this usurper, Jayne Azzopardi, from the Nine Network? She will never be able to replace Laurie! I imagine she'll try to link the deaths under Dr Jayent Patel with the deaths due to the Insulation installation, and say that if such incidents occur in Health the future, under the PM's new plan, should we hold the Rudd government responsible?
Groan.