Unemployment rate: Down to 4.9%

The drop to 4.9% all sounds pretty stunning, but a look at the rate over the past five years, shows us not to get too excited:

It’s been pretty flat since about half way through 2010. And a look at actual employment numbers shows again that we’re not quite in boom time yet: 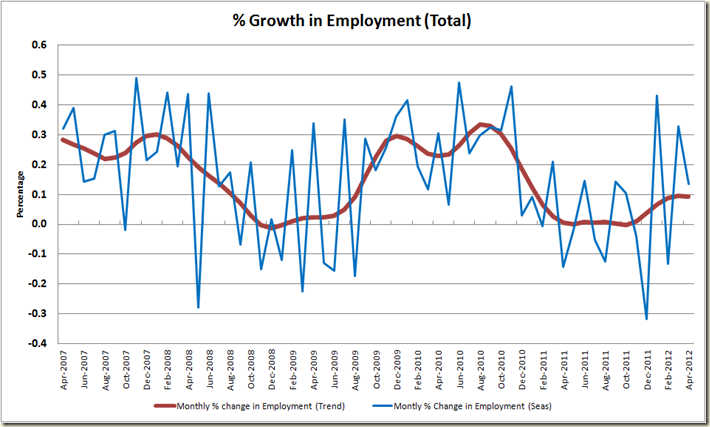 In March there was a big jump in seasonal employment, in April it was less big, thus the trend growth is flattening, rather than going up like it was at the end of 2009. 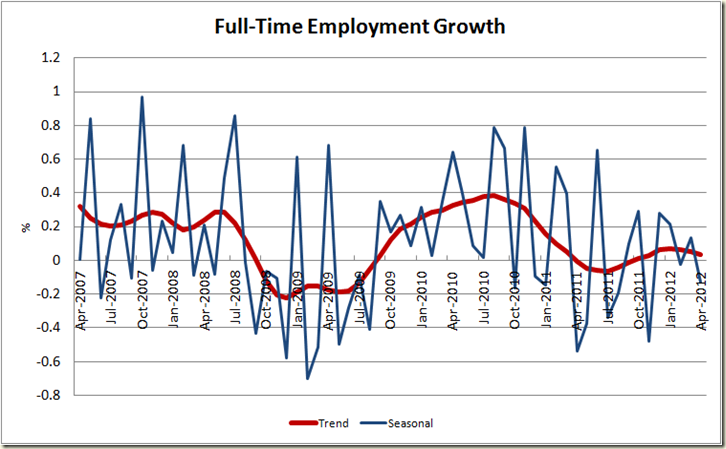 A decrease in full time employment is not what you aim for, but the trend growth ensured that hours of work in trend terms increased for the 4th straight month. 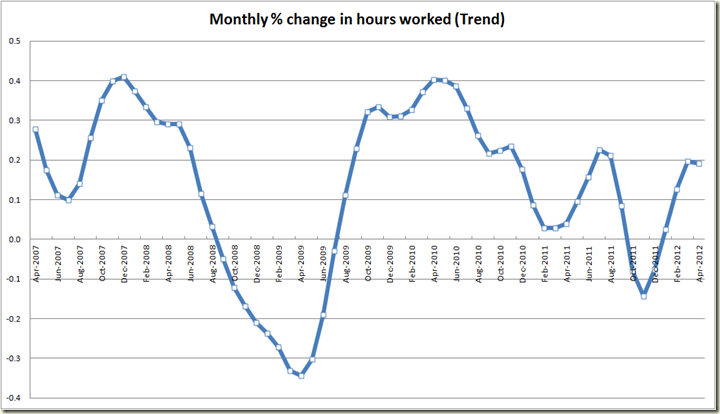 The decline in full time employment suggest male employment is likely to not be as good as women, and so the figures show: 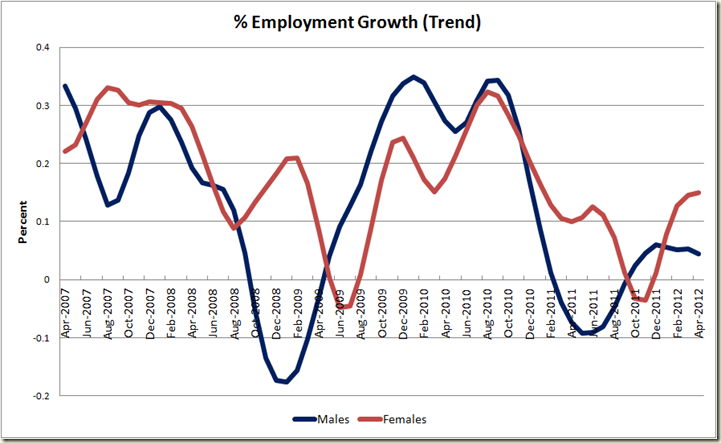 The participation rate was basically steady – though it did fall by 0.1% in seasonal terms: 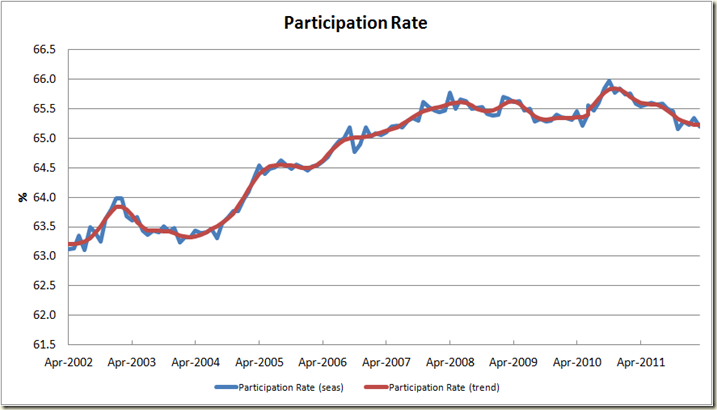 And we can see that the trend of the participation rate is yet to suggest that there are more people joining the workforce. This leads to my favourite measure of employment – the employment to total population ratio 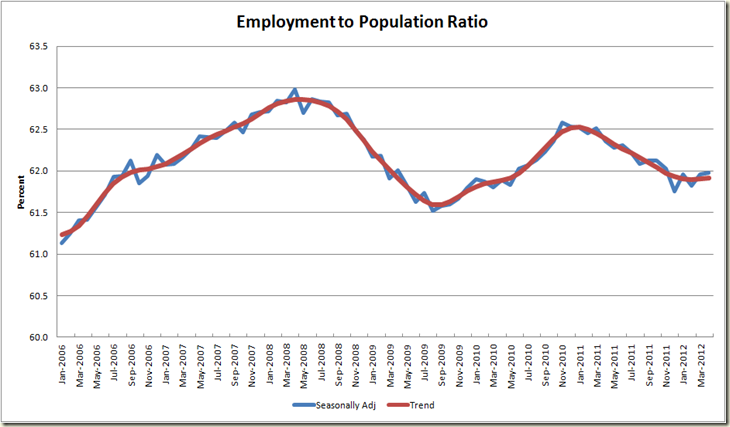 So for all those thinking this result makes a mockery of the RBA dropping rates, I say, the employment sector is not booming, is still pretty flat, and hasn’t got close to returning to where we were prior to the GFC:

A look at the states also gives us an indicator of how varied the picture is:

Barely anything happened in QLD, NSW went down, so too did SA, but their decline was largely cancelled out by the growth in Victoria. Western Australia continues to boom, while Tasmania remains the place where employment goes to die. A look at the growth in employment since July 2010 shows the WA is really the only state growing in a manner that suggests a drop in interest rates was not needed: 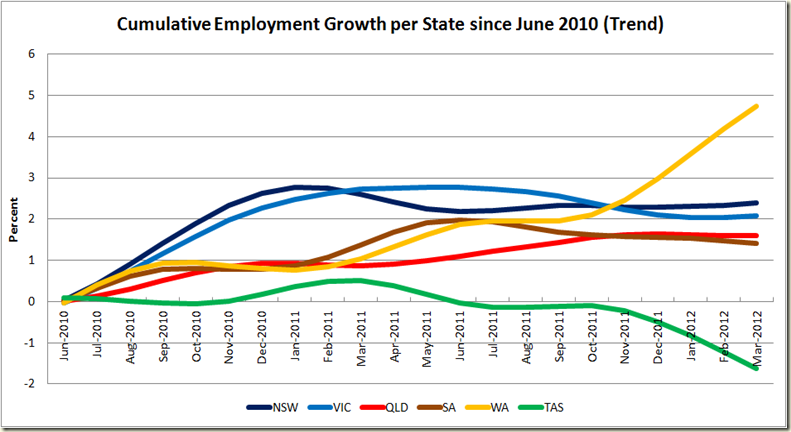 The Government will claim this as good news (and hell, so it should), there are always issues with the unemployment rate on whether or not it really measures how the economy is going, but 4.9% is a good rate: historically low, and given we also have historically low inflation, the government has every right to crow.

And to end let’s have a look at the “Hey America and Britain, How you doing?” 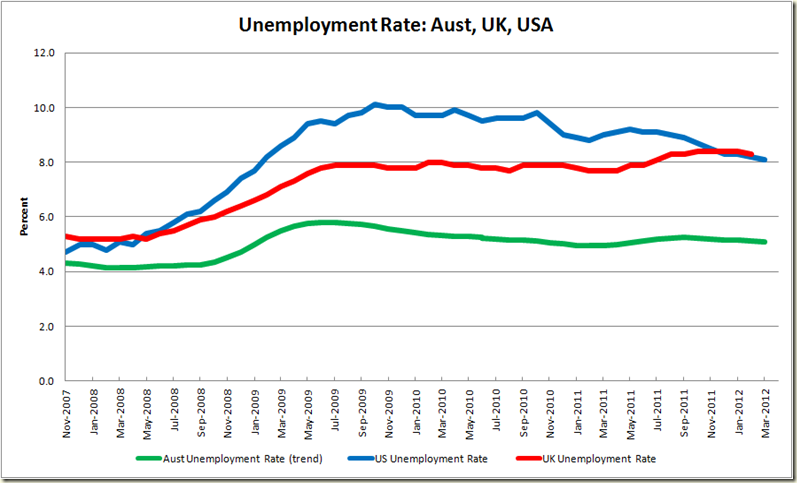 And just in case you think I am being too negative – look at the historical picture: 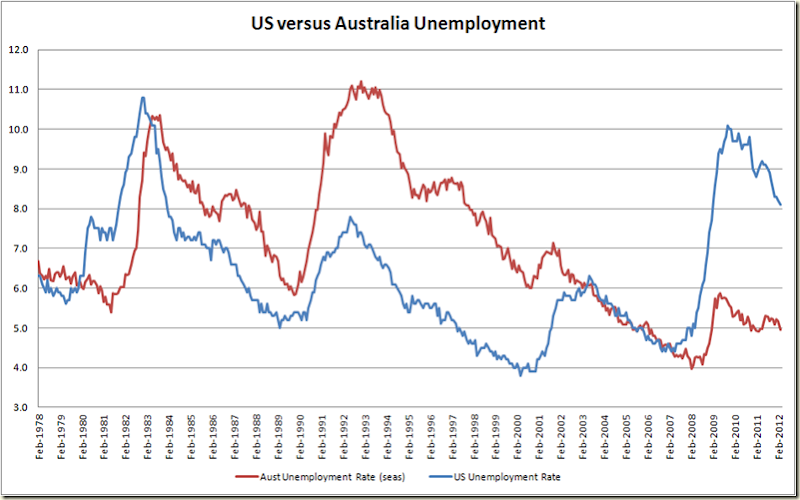