My Drum piece today looks back over the past 40 years (sort of).

I guess it is another one of the many “stop whining the economy is fine” pieces, but to be honest, it’s more keep whining, but at least realise you’re whining more about your own expectations than reality. 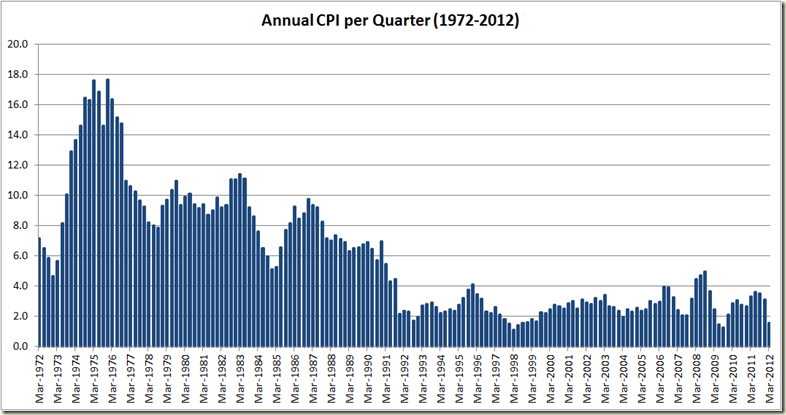 I know inflation has mostly been beaten across the world – cf this via the OECD:

But I think it is still pretty amazing – especially when you look back 90 years: 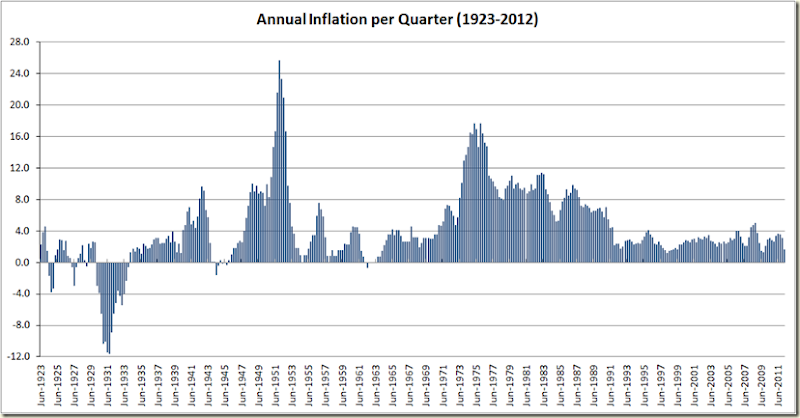 In 2007 inflation was ignored by the final Costello budget, and by the time the ALP took office it was heading northward. Then the GFC hit: 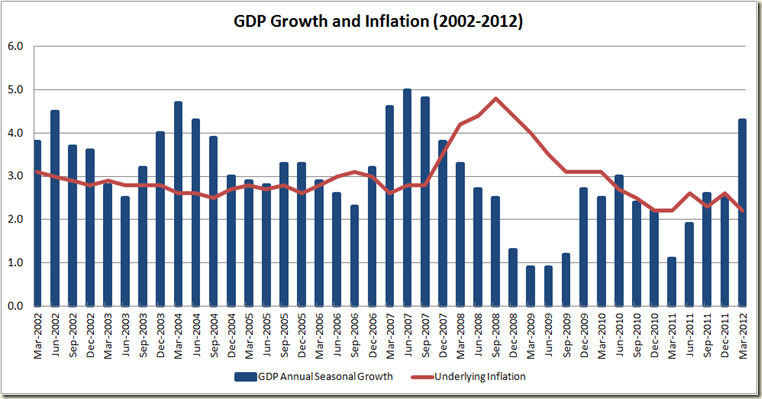 While growth was stronger in the 1990s, it is still striking how much lower interest rates are now for comparative levels of inflation 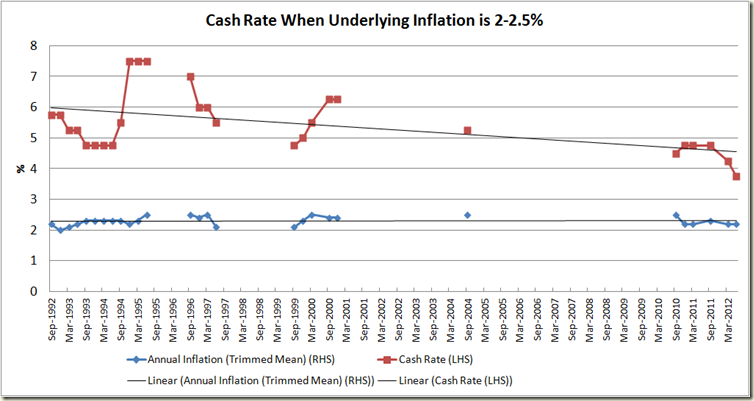 We’re saving much like we did in the 1980s, but interest rates are much lower. 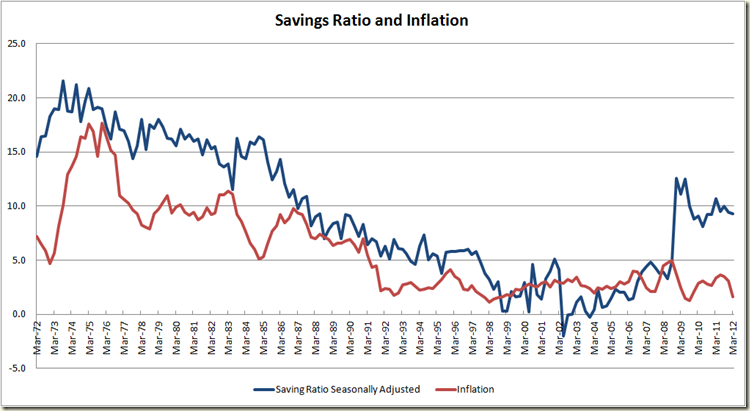 And for the long perspective here GDP growth, Unemployment, and Inflation since 1966 (the earliest I can get monthly figures for unemployment) 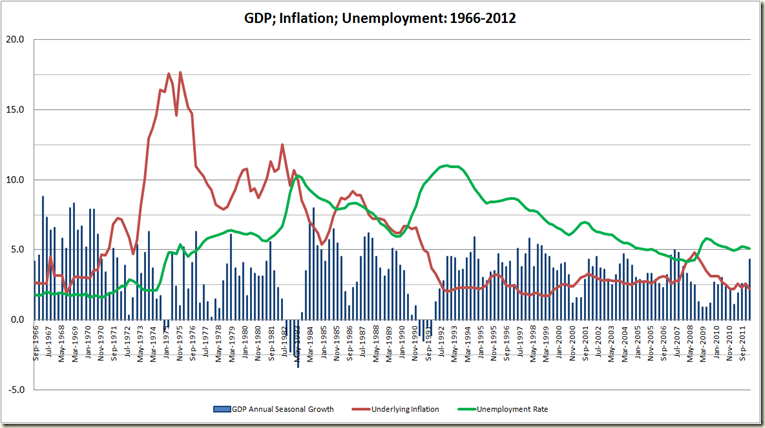 Why can't I see a GST spike in those inflation figures?

1966? unemployment? finance?
I was employed in 1966 and along with all my friends we were able to move immediately to another job when dissatisfied or bored.
The Commonwealth Employment Service offered $4.50 per week for a period of 12 weeks only, to those who could not switch jobs in 3 days.
$4.50 per week was what my uni student boyfriend got from his Commonwealth scholarship (Law, Melb.) My office worker wage was $24 per week after decimal currency Feb 1966.
Levi jeans were $5.25 from menswear stores, and an LP record was the same price.

Savings ratio? 1973?
In 1973 it was not possible to obtain a bank loan for purchasing a home UNLESS the applicants were married, and had regular savings deposits across the 12 months prior to applying.
and then building societies appeared.
We got a california bungalow style house in Brighton Vic for $17,000 when the median house price was $14,000

Wilful - the reason there's no GST bump is I've used the trimmed mean which takes into account the bump from the GST.

Not sure what your point is Ann. You can go back if you want to 1966 and a closed Australia with low-skill jobs and nearly 2/3s of women not working. A place where your uni law student boyfriend was the exception - as only around 1.5% of the population had a uni degree. Now it is 14.3%) - and anyway that's more than 40 years ago, so I wasn't comparing now with then (and my piece acknowledges that the 1960s was the last time the macro measures where as good as now).

And sure housing was cheaper in 1973 - but other day to day expenses were not (relatively). That's what happens when you have high tariffs like we did then, such that to describe something as "imported" was they same as calling it a "luxury". And as the graph shows 1972-3 was when inflation began to explode.

Savings rate, 1973? Yes? Lovely. Not sure what that has to do with why the savings ratio has increased since the GFC, and not in line with an increase in inflation or interest rates.