Casablanca for the 21st Century UPDATE

It’s not often I’m wrong. Well ok it is, but on my own blog I like to think I can at least get close to being right almost 50% of the time. When I did my recasting of Casablanca last week, I had a lot of trouble with the Ingrid Bergmann role of Ilsa.

I had initially wanted Cate Blanchette, but at 40 she was too old for the role. So, unable to think of anyone, I plumped for Scarlett Johanson.

My sister immediately called me on it; saying I had got it wrong, and suggest Kate Winslet instead.

Perhaps due to my utter incredulity that I had forgotten one of my favourite actresses I came up with a heap of incorrect excuses: Winslet was too old (at 33, she’s not), she’s not blonde (huh????) she’s err…. oh geez. 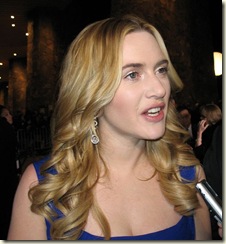 It’s so damn obvious I can’t believe I didn’t think of her. 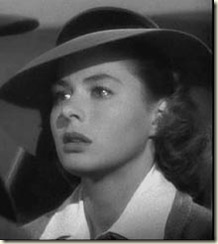 Winslet would be able to act on the same level with both Clive Owen (my choice for Rick) and Ralph Fiennes (Lazlo); she is absolutely beautiful; and is of a look and age where you could see her with either Owen or Fiennes.

Ok, this means the whole cast is just about all English, but so what – only Rick and Sam are Americans, so I’m sure Owen could do an accent (as if it actually mattered).

But what to do with Johansson? It seems churlish to dump her from the lead role to nothing.

Again my sister had the answer. She can play Yvonne – Rick's girlfriend at the start of the film: 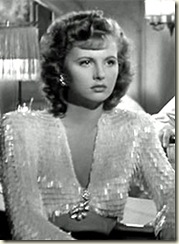 Yep – she’s young, doesn't have to do much except look bitter and attractive 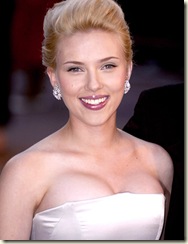 and then she gets to cry while singing La Marseillaise .

Whew. Now that feels much better.