Beaten by a Big, Fat Russian 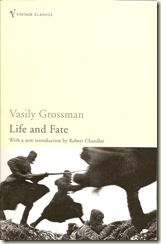 Tuesday night, 10:55pm. I take off my glasses, let out a sigh and admit defeat. I put my copy of Life and Fate by Vasily Grossman on my bedside table with the bookmark (a note my wife wrote me a couple years ago when I went to a conference) placed between pages 482 and 483. I know I won’t pick it up again. I still have 372 pages to go, but I cannot.

The book has been wonderful to read – I have enjoyed much of it. Grossman writes beautiful prose, and one chapter, written in the form of a letter from a Jewish woman to her son on the night before she will knowingly be taken out to a pit with the others from the ghetto and be shot, will stay with me forever.

I love big, fat Russian novels:  War and Peace, Crime and Punishment, Anna Karenina, The First Circle, Doctor Zhivago were all glorious to read, perhaps because they were so big and fat. They offer a challenge to the reader by their very size. The reward of finishing is not merely that of enjoyment of the writing, but the Everest-like accomplishment. In many way I read War and Peace because it was there.

I think you can break novelists into two types (of course you can’t, but bugger it, for the sake of an argument let’s say we can) those like Austen who work with so fine a brush on a little bit (two inches wide) of ivory – though this ivory could be something as desolate as that encountered in Cormac McCarthy’s The Road. The point is these novels feature a small number of characters in a small setting. It may be a family, it may be a crime setting, it may be a war – but if so it will focus on one group.

The other kind of author goes big – Tolstoy, Dickens (in some novels), Thackery (Joyce of course did both in Ulysses). By their very nature these authors write novels that must be long. They scream “I am a big novel that is for a big purpose”! Within me, they cry, is the world.

There’s something about settling into a big novel, especially one with Russian characters, for you know there’s a good chance there’ll be a list of characters at the front, and lots of … ovichs and …anovas to remember. You know you’re going to be friends with this novel and those within it for a long while. Good luck though if the translator has decided to keep the use of the patronymic. Throw in some “Mityas” and “Pashas” and you’ll be flooded with Russian incomprehensibility. I used to joke to my wife that it wasn’t a real Russian novel unless one of the characters was called Alexandra Ivanova, and wondered occasionally whether that would be a good name for our daughter.  It was decided it was not. 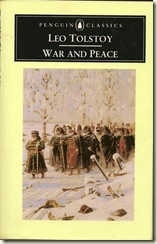 Life and Fate has all of these things (though no Ivanova). It is set during the siege of Stalingrad in WWII. I had not heard of the novel till last year some time, when I read a review comparing to War and Peace. I found a copy in a local Dymocks and grasped it to my chest, knowing this was a book I must have. I was given it for my birthday this year by my wife who knows an unsubtle hint when it is being hit over her head.

I took a while to start reading it as at the time I was mid-way through re-reading of David Copperfield, but when I finally began the big Russian, the signs were good. It is obvious from the outset that Grossman is writing on a big canvas, and I was in the mood to see it filled. But by page 100 or so, I noticed that I was spending a lot of time flicking to the list of characters at the back to work out who was whom and what was their relationship to others. War and Peace may have 500 odd “speaking parts”, but really, the 1400 pages are about three people – Pierre, Natalia and Prince Andrei, and so while others characters will enter and exit the stage, you are not too lost in the mire of Russian names and plots.

Life and Fate however has around 160 “main characters”. While notionally the lead character is Viktor Shtrum, it says something of how much time he is given on the page that I had to look at the list of characters to discover what was his last name. In fact after reading 483 pages I can’t actually name any other character. I know there is one plot line revolving around a tank company and another about a fighter squadron, but I couldn’t tell you who is who, or which commander is having an affair with which woman, and how any of them are connected to Viktor. Added to this are plots involving Russian soldiers in a German concentration camp, some Jews on the way to the gas chamber, some prisoners in a Gulag, soldiers in Stalingrad, some people in the Stalingrad power station, some guards at a Russian prison, some people in “Kuibyshev (wherever that is) and on and on. All of them come and go throughout the novel with little rhyme or reason. 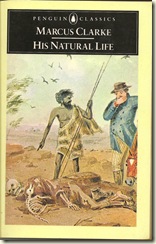 One chapter will end and another plot will being in the next chapter, and again I have to flick to the end of the novel to find just who the hell is who.

I tried. Admittedly there were some lengthy gaps in my reading, but when I was in Sydney on a conference I was able to read a good 150 pages in a couple days. And while they were pleasurable to read, neither the plot many of the characters gripped me. The one character whom I did have some affection for dies around page 300, so that did put a bit of a downer on the enterprise. I can read novels only for the beauty of the language within, but there are limits – mine seems to be around 480 pages. 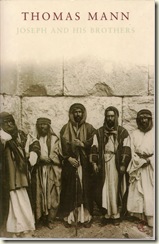 And so it goes back on the shelf. Perhaps I shall try to finish it one day in the future, but I doubt it will be soon. And what is worse, now I am tasked with finding a good novel to read as I get ready for my Christmas holidays.

When on holidays I love more than ever a big, fat book – over the past few Christmases I have read A Fine Balance, Moby Dick, Buddenbrooks, and Bleak House. This year I am tempted to finally get around to reading my copy of His Natural Life by Marcus Clarke. I bought it in 1995, so I figure it has waited long enough on the shelf watching other Penguin Classics get preferment.

Part of me though wants to go back to the tome by the great Thomas Mann with which I have long struggled. His gloriously big and fat novel, Joseph and his Brothers has long been on my shelf, and each time I have tried, it has defeated me (due to various reason – none of which has to do with lack of enjoyment, or absence of quality of the prose). And yet I want to try again, because it’s one thing to be beat by a big, fat Russian, but a big, fat German? Geez I can’t have that!

'I used to joke to my wife.... Alexandra Ivanova, and wondered occasionally whether that would be a good name for our daughter. It was decided it was not.'

My son is named John [English equivalent of Ivan] after my father.
When my daughter arrived we thought we had better name her after her maternal grandmother.
Olga.
So we went to the maternal great grandmother instead, Alexandra.

fredex - alexandra is a lovely name, my wife balked though at ivanova as a middle name!