On the QT: All the Opposition Leader's Men??

The big scoop by Chris Uhlmann (perhaps he has found a Deep Throat?) came out tonight that Godwin Grech, he of the fake email, had in fact been Turnbull's mole in the Treasury Department. 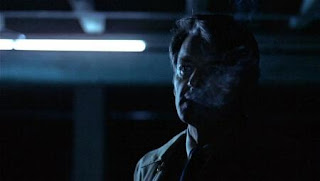 Geez.
I mean, geez!!!!
I can't see how Turnbull can survive this. From the story it sounds very much like members of the Liberal Party are not only putting distance between themselves and the email and Grech, but between themselves and Turnbull:
Several Liberals have told the ABC they believe Mr Grech has been supplying information to Mr Turnbull, and one says he knows it to be the case. However, the nature of that information is not known.
Note -supplying information to "Mr Turnbull" not "to the Liberals". Will the Liberal Partty give Turnbull till the newspoll to see how the mood of the public shifts? Perhaps if the polls don't move, they will hope that the voters haven't been paying attention. But given every newspaper in the country had variation on the theme of "Utegate Runs Over Turnbull". I seriously doubt too many people have missed what has happened.
Turnbull in Question Time today displayed a lot of hide, not much sense. He asked Rudd if he stood by his statement of June 4 regarding what he said about a Bennelong car dealer. This is what Rudd said at the time:
MR RUDD - Can I also say to the honourable member that, if he is leaping from one thing to another, the one recollection I have of a member of the public approaching me about their possible access to the car dealership finance arrangement was in fact a car dealership in the seat of Bennelong. It was at a small business function that I attended with the member for Bennelong.
Opposition members interjecting—
Mr RUDD—No, the honourable member asked for an answer and I am giving him an answer. This representative said to me that they were experiencing difficulties in their car dealership and asked if the program was up and running. Upon my return to my office I mentioned that fact to my office. What subsequently occurred in relation to that individual car dealer I have no idea, but I actually said that this is what representation had been made to me. My recollection is that this is the only car dealer who has made such a representation to me; that is the occasion that I recall. If representations were subsequently made by my office concerning that particular dealership, it would be consistent with the representations that were made to me at that time. That is the sum total of my knowledge of it. If there were further to add to it, I would provide it to the honourable member rather than simply having the honourable member stand at the dispatch box and make insinuations.
Now probably Turnbull has an email or something from Grech that shows Rudd got a follow up about this car dealer.
Big deal. Unless Turnbull can show that this dealer is Rudd's long lost love-child from a liaison between he and Julia Gillard in the 1960s, no one will give a damn - because there's no hint of corruption, only perhaps the suggestion that Rudd didn't remember everything about the communication between his office and this nobody dealer. In fact, any communication will just show that John Grant didn't receive any special treatment - because he didn't even get a phone call from Rudd.
Annabel Crabb in today's SMH nailed it in one:
But the case against Swan is procedural, rather than literal.
After all, when you strip away the sizzle from this sausage, when you get to the matters which are - as the Prime Minister actually put it yesterday - "core and foundational", the real-world corruption equation against the Government is kind of thin.
Prime Minister receives rusty ute from Queensland car dealer, who in return gets diddly-squat.
The Government loved Question Time today, and must be sad that this is the last week before the Winter recess. I wouldn't be surprised if Rudd is trying to think up a reason to recall Parliament for next week. Maybe they need to work through this ETS legislation?? After all next week Gillard would be back, and so too would Peter Costello - two people who would not help Turnbull in any possible way.
Posted by Greg Jericho at 8:06 PM