Flick of the Week: "It's awfully easy to lie when you know that you're trusted implicitly".

This week's Flick of the Week takes us from Lawrence of Arabia, to director David Lean's brilliant romance, Brief Encounter.

David Lean is certainly among the top drawer of film directors ever. He directed 18 films (by contrast Spielberg has done 25 thus far, Scorsese had done 19 films and a stack of minor projects) and the standard of quality is almost without a blip. Consider a career which has the great war film/propaganda In Which We Serve, the brilliant Dickens' adaptations of Oliver Twist and Great Expectations, the huge epics of Lawrence of Arabia and Doctor Zhivago, the seminal POW film, Bridge on the River Kwai, and his final film, A Passage to India.

Little wonder that in the Hollywood satire Swimming with Sharks when the assistant to movie executive Buddy Ackerman tells him he can't hire Lean because Lean is dead, Ackerman yells: "No he's not, don't you ever say that! He's just unavailable."

But as good as those film are, my favourite of his films (only just; I have a big soft spot for Zhivago) is Brief Encounter, written by Noel Coward, and starring Celia Johnson and Trevor Howard as the would be lovers, Laura Jesson and Dr Alec Harvey. 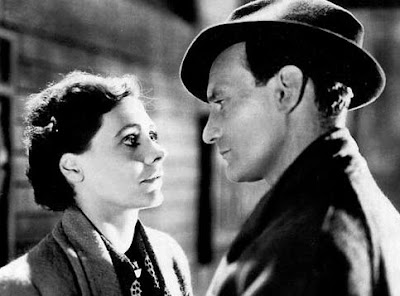 The film is structured extremely tightly - not surprising given Coward's experience writing plays. It involves a romance between two people, both of whom are married, both of whom are quite happily married and not looking at all for anything else. And yet through a chance encounter at a train station, love grows between these two before a choice needs to be made of whether to stay in their marriages or to throw caution to the wind and run off together.

There are really only about 8 speaking parts, and the film is told in flash back by Laura as she sits in her lounge room with her husband while listening to Rachmaninoff's Second Piano Concerto.

Truly a film that they don't make 'em like anymore, it gets its power from the fact that this is a love that is illicit in a time when illicit affairs were truly things to hide. Were it set now, well there'd probably be a bit of a shagging during lunchtime, a few "late nights at the office", a heap of texting and emails.

Back in 1945 however, the only way Laura and Alec are able to meet is by both taking a train to meet in a town mid-way between where they live. It's a time where they can't phone one another to tell they'll be late, where they are always worried about "appearances" and whether someone they know will see them together.

And yet despite the fact this is a romance about two people cheating on their spouses, it is impossible not to side with them. My wife, who loves nothing more than movies featuring old married couples who have stayed together through everything and are still in love, absolutely loves this film. Mostly I think it is because in this film marriage is considered to be something worth fighting for; neither Laura or Alec want to hurt their spouse; and they know how impossible it is to walk away from one's family; and yet... and yet... they know that the other is each one's ideal love.

If you haven't seen it before I won't tell you how it ends, but I'll leave you with two videos - the first is the trailer, and the second is the last 6 minutes of the film.

A great film by a great director.

Here's a list of my previous Flick's of the Week, and the connections used between each one: