Off to the mines with you Work’us: Abbott goes Dickens

Today, Tony Abbott, fresh from having fallen completely off the news radar over the last week, found himself in the midst of another of his great policy thought bubbles. An excellent story in The Australian by Andrew Burrell reported that:

TONY Abbott has proposed banning the dole for people under 30 in a bid to entice the unemployed to head west and fill massive skill shortages in the booming resources sector.

The Opposition Leader made the controversial remarks during a two-hour meeting with about 15 senior resources industry leaders in Perth on Monday night. Mr Abbott told the roundtable briefing he believed stopping dole payments to able-bodied young people would take pressure off the welfare system and reduce the need to bring in large numbers of skilled migrants to staff mining projects.
…
Six of the attendees confirmed yesterday that Mr Abbott had raised the idea of banning welfare payments for young people to encourage them to fill the thousands of jobs emerging in states such as Western Australia and Queensland.

"He said he was thinking more and more about it, with a view to formulating something on it," said one of the participants, who asked not to be named.

Another recalled: "He definitely said it was something he was considering as a policy."

A third executive said: "It certainly wasn't a throwaway line. He brought up the issue twice during the meeting."

Did he deny the story? Hell no. In fact he said this morning:

I had a very free-ranging discussion with people who were complaining bitterly about the difficulty of getting people to work. I'm all in favour of a fair system but I'm also in favour of a system where people have a go, where people pull their weight, and we'll be making announcements in due course.

Yes you see life it far too easy for those unemployed under 30s – so time to up sticks an head down pit. As Jason Wilson said on twitter today -

If only WA had salt mines, it would all be perfect.

There are two aspects to the policy that are completely daft – the first is cutting all dole for people under 30: this suggests that anyone of that age who loses their job or is out of work for a period (say after leaving school or university) is a bludger. Sorry but that is complete bollocks. The second aspect is that unemployed people should be “encouraged” (and by encouraged, Abbott means given no choice) to move across the country and work in the mines is perhaps the dumbest thing I’ve heard in a very long time (ok not that long, but at least since Abbott’s paid parental leave plan).

It is typical of Abbott that this is how policy comes out – completely half baked and lacking any logic. It wasn’t just the unions who were criticising Abbott (AWU National Secretary came up with the great line of calling it Abbott’s “Sarah Palin moment”) , the miners also weren’t exactly brimming with enthusiasm. Here’s Queensland Resources Council director Michael Roche: 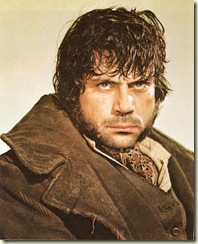 "If he thinks you can translate an unemployed young man or woman from Townsville or Cairns or wherever overnight into the resources sector, then clearly we need to give Mr Abbott a good briefing on the workforce's needs and the fact that we need skilled people that have done some training,"

Tony Abbott's idea of welfare is obviously about half a step up from a work house for orphans and off to the blacking factory for the rest. As blogger MacYourselfhome tweeted:

Just imagine the poor young skinny 21 year old from Melbourne having to leave his friends and family, perhaps his girlfriend, and head off to the mines at Paraburdoo. He has no skills in mining or engineering, he couldn’t fit or turn a spanner if he tried. But off he goes, because there’s work there, and after all if he stays and tries to find work in his area – he may have just graduated from uni and wants for some bizarre reason to try and get a job in his field – then he will have no money to survive on, and will be dependent on his parents. Perhaps Abbott thinks that just like Oliver Twist everyone really does have rich long lost grandparents?

Abbott said this as well:

safety mechanisms would be needed under such a scheme to protect disabled people or those with mental health problems.

Now that’s fair enough, but will young men admit to mental health problems? Will they keep quiet for fear of the shame that is associated with mental health – Hey Johnno, why didn’t you have to go off to the mines? – Err well, I get panic attacks.

Yep I can see that working. My prediction, if this policy really is put into place, there would be a fairly obvious rise in suicides among men under 30 (not to mention crime from those under 30 who are without the dole).

And he raised the possibility that employers would need to be given funding to train the unemployed, according to those present.

Well now we’re getting down to a more level headed policy, but also to the real failure of the policy. It would mean sending untrained workers to places they don’t want to go, and paying mining companies to train these people, who let’s be honest, will then stay as short as time as humanly possible before buggering off back home.

When I left uni back in 1994, I was unemployed on and off for over a year. I did get some work as a courier, but that was a non-ongoing, casual job. I had an Honours Degree in Economics, un-surprisingly this meant when I went for job interviews to work as a bank teller they didn’t want me as I was way over qualified (spare me the bullshit about businesses employing people to work from the bottom up). Ditto the jobs I went for as a kitchen hand. And getting a job in the banking/economics world? Well I got down to the last 2 a few times, but could never score the win – I once even got flown to Melbourne for an interview, so it wasn’t like was completely without a chance. I lived in Adelaide, and would loved to have moved to Sydney or Melbourne where the jobs were, but I couldn’t afford it and knew no one there with whom I could have stayed.

Eventually I moved from Adelaide to Cairns (personal reasons) and got a job working there in the casino. And I hated every single second of it, but I did it because it was a job (despite the fact it nearly drove me to the edge). The only thing that kept me sane during the years I worked there was that I was with my girlfriend. Had I had to go to work in a mine away from her, I seriously doubt whether I would have coped.

Abbott must think going off to work in a mine would be a big adventure – after all I’m guessing he thinks that he left home and went off to Oxford when he was in his 20s, and he loved that, so what’s the problem?

The problem is that type of thinking leads nicely to what I wouldn’t be surprised is his next thought bubble – national service. After all surely the young people of today could do with a bit of discipline, learn a trade, then go off to Afghanistan and die.

This policy is typical Abbott – thought up for the audience of Alan Jones, and doing nothing to actually solve the problem he is hoping to fix.

It’s also dumb politics. It will not win him one vote, because those who think it’s a great idea are already well and truly on the Liberal Party side. But worse than that, it’s also a vote loser. If you are a mid-40s, 50s parent of a 20 year old, are you going to be thrilled about the thought that your son might have to leave home for the mines should he not be able to get a job? Are you thrilled about the thought that if your son’s or daughter’s company goes under that they will get no dole purely because they are too young? Let’s say they work in a restaurant as chefs. Ever heard of restaurants closing down? Think it is easy for chefs to get work straight away? I guess they should get a job a McDonalds and quit whining. Now I know chefs move around the country to get work, but have we become such a mean society that we deny people the chance to try and get work in their field and in their town?

I said last week that “Rudd wants to wait because he is betting Abbott will shoot himself in the foot the more time he has prior to an election”. It took a whole seven days for him to do it again. I think Rudd will call a Double Dissolution election very soon after July 1. He will use the private health means test bill as the trigger, and make the election all about the health policy (he has specifically linked the two already).

I think he’ll do this because

a) he sees it as the best issue on which to beat Abbott,
b) the Double Dissolution will get rid of this Senate straight away and not till June 30 next year
c) he will be able to call the election quite soon after Obama and family have been in Australia for a nice visit (a happy coincidence that Rudd will use), and
d) because Abbott and the Liberal Party are woefully unready to fight an election – eg the dumping of the Liberal Party deputy in charge of their marginal seat campaign. .

All that, I think adds up to a soon-after-July 1 election, and I think this policy itself will help the ALP win it with an increased majority.

Ummm Yes. TA is in the business of not being trapped by others. Its called politics. This is Houdini in the water tank stuff. Call an election and lets see him off.

Tony Abbott hates swingers and undecideds. They are poofy and wishy-washy. He only wants the honest Australian committed votes.

Hope you are right Grog eg.(All that, I think adds up to a soon-after-July 1 election)

The public must be getting very sick of Tony Abbott, along with the Liberal party's infighting.

Take all the under 30's off the dole, brilliant quick fix, why hasn't anyone thought of that before. How stupid is TA

D'ya think Abbot & Co are stuck in a Groundhog Day timeloop, where every day is April Fool's Day?