Today on Good Friday for some bizarre reason, Sharman Stone announced the Liberal Party were “exploring policy options for a new childcare approach, including extending existing childcare benefit payments to all in-home carers, including nannies”. 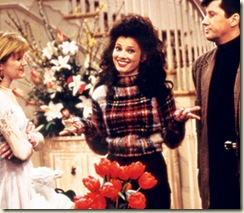 Yes this is serious (April Fool’s Day was yesterday), they’re suggesting a subsidy for nannies. Sometimes I think the Liberal Party just wants to lose. This would have to be the dumbest family/child-care policy since.. oh I don’t know since some fool thought it would be a good idea to tax the top 500 earning companies in Australia to pay for a paid parental leave scheme for everyone that would actually give more money to people purely because they earn more.

When Abbott (and Stone) announced that policy I suggested those on $150k plus could use the money to employ a nanny, now it seems Sharman Stone thinks not only should they be able to use the money from the Government in the form of the Paid Parental Leave to pay for a nanny, but they should also get a tax break for doing so.

Have a look at what Stone said in defence of her plan:

“It should not be dismissed out of hand on the basis that it's for rich mothers. For many mothers it is the only option."

Now maybe I’ve lived a sheltered life, but I have never known anyone who employs a nanny, nor I think have I met anyone who knows of someone who employs a nanny. In New York or London? Sure, but nannies are not part of the Australian culture. And any political party pushing a line that not only should they become more common, but that the Government should subsidise us for them is just conceding credibility on any family/child care issues.

"A lot of families are really struggling to find the right care. Families are saying to me why can't we have in-home care."

I can’t wait to hear Julia Gillard have fun with this. 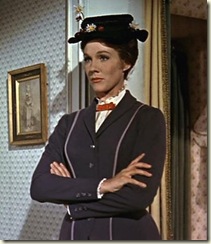 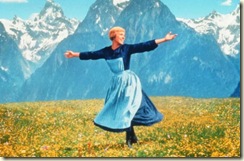 But on a serous note, should I get my Government subsidised nanny, I won’t be wanting any old girl working in a bridal shop in Flushing Queens, whose boyfriend just kicked her out in one of those crushing scenes coming by to take care of my kids. A Mrs Doubtfire type? Thank you no. How about Scarlett Johansson from The Nanny Diaries? Well I wouldn’t mind, but I think my wife might have a word or two to say about it.

No my Government subsidised nanny has be bloody special – she better be able to clean up the house with a bit of magic, fly around the place with her magic umbrella, and know that a spoonful of sugar makes the medicine go down. She also had better be able to teach my girls to sing Do Re Mi and to say goodnight in perfect harmony… oh and she should also be able to make play-clothes out of curtains.

You can argue sanely that all childcare should be subsidized to the same amount as a child care place. After all it should not be government policy to encourage their use over other forms of child care.

But the uptake is not going to be great it you argue that all subsidized child care should be means tested (as I would as you need to limit middle class welfare).

If a nanny cost the same amount as a child care place, I don't think there would be an issue. But nanny jobs go for around $18-$25 per hour (or in one case $35k p/a - http://www.findababysitter.com.au/nanny-jobs/sydney)

It's a luxury. The Government should not be in the business of subsidizing luxury child care, or giving child care tax breaks to anyone who can afford to pay $600-$800 per week for a nanny.

If it is means tested (you would hope), those who would be elegible to get the tax break wouldn't be able to afford a nanny anyway (perhaps one day a week at most), and if it wasn't means tested then we're giving tax breaks to those who obviously do not need it.

It is stupid politics as well as questionable policy.

They wouldn't pay out just on any nanny. Nannies would have to be registered in some way, have child-minding certificates, or degrees or similar. Otherwise neighbours would just hire each other to do the nannying (aka in Normal orld as "Can you mind the kids for a couple of hours, luv?") and charge it to the government.

There'd have to be ATO regstration to consider, PAYE deductions and so on. Plenty of opportunities for rorts, scams, free-loading &etc..

Then what if one of these nannies went beserk and harmed or even murdered the kids? Under the Garrett Rule who'd be responsible?

A government subsidization scheme that distorted the nanny market, leading to spivs and shonks entering to make a fast buck sounds a lot like Insulgate to me.

What of reputable nannies? Would they get a hearing at the inevitable Senate inquiry? Would a higher demand for nannies lead to immigration scandals?

What of families that can't afford a nanny - subsidy or no subsidy - would we start to have cases of nanny envy and nanny rage?

This and the Abbott PPL scheme seem to be just another way of creating Liberal babies, ready-to-vote conservatives with silver spoons in their mouths while the common herd can go and fend for themselves.

SUCH a stupid idea.

The Australian Consortium Of Nannies said...

In the past nannies have been subsidised - and it was capped at two kids. It was the start of the Child Care Cash Rebate 20 years ago.
The remarkable thing that happened - was that nannies were going onto the ATO books - having their tax and entitlements paid, the amount was the same as the tax a fulltime nanny paid - but at least it was getting nannies onto the books and there was a way to track their employment. The biggest change was that more nannies were being paid superannuation - therefore not being a burden when they reached their retirement years.
The ATO Cash Economy Taskforce provided the above info 15 years ago.
I agree that to introduce subsidies now would be a burden - but we need to see the big picture.
Having worked in the industry for 25 years now - the majority of parents are hospitality, medical, emergency services - or parents who need more flexibility because of their work demands. Many mums are paying their nannies almost all of their wages as they need to keep up their professional work history and may drop back a few days a week - but on the days they do work - they can't get to day care by 6pm. Many also don't want their kids in care for 10 hours a day!
For some parents with two or three kids having to pay $5-6 hr for their day care, not having access to the Childcare Benefit, only to the Rebate - see having their kids cared for at home a better option not only for the hours the kids are having to 'work' but also for the consistency of carers (staff turnover in centres is high), reduction of illnesses their kids contract - often meaning time off to care for them and a little more flexibility. Very few nanny employers are earning amazing incomes - they just want to get through the first 5 years of their kids lives in a way that benefits all family members.