On the QT: Pies, chippies, chalkies and pottery

Today’s Question Time was a pretty spiteful affair that hid the fact that it was rather limpid. The attack from the opposition on the RSPT petered out to nothingness and their targeting of Julia Gillard over the Building the Education Revolution spending only allowed her to show all that she is easily the best performer from either side of the house.

It started with a long hop from Tony Abbott to Rudd on the rising costs of living. He said he asked it on behalf of working families. This of course gave Rudd an easy segue way into Work Choices and how beloved that was by those very same working families. The question also allowed him free reign to reel off every election commitment they had delivered – such as the education tax rebate, the childcare rebate, the teen dental plan etc etc. By the end it seemed like Rudd was answering a Dorothy Dixer.

The Libs didn’t ask Rudd another question until Question 19, when they asked him a question of the BER. It was an odd question since it should have been directed to Julia Gillard, but that was in keeping with the spirit of the day, where there were five questions on the BER, and Chris Pyne the Shadow Education Minister only got to ask one – and that was the last one.

Rudd’s answer to Pynes question was actually quite good. He was fiery and seemed pretty pumped up. But then he started mentioning all the chippies and tradies who would have gotten work through the scheme, and so caught up in the moment was he that he had one of his common verbal slip ups when he again mentioned the tradies but this time he included chalkies. The opposition roared at his mistake of including teachers among those who have got work through the Building the Education Revolution scheme. Rudd did quickly recover to say that teachers throughout Australia welcomed the scheme, as did principals, and students, and parents, but his momentum was lost. 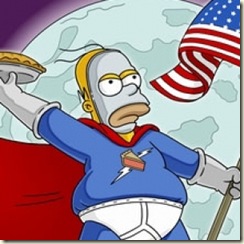 But this too was in keeping with the spirit of the day because after the first question to Rudd, the opposition switched tactics to Wayne Swan. Joe Hockey asked Swan about the pie charts included in his May 9 Economic Note. Hockey wanted Swan to confirm that the Treasury had given his office the data, but that his office had done the pie charts themselves. Rather foolishly in my opinion Swan ducked the question and instead said he stood behind everything in the note – though he did later state, “The economic note was from my office”. Before stating this he did let fly a pointed bard saying “You always laugh when Joe is asking you about pies”.

He had to withdrawal, which is only right given the crap about his weight that Kim Beazley had to put up with throughout his career. But the fact is, as with Kim and his ‘lack of ticker’, Hockey has been fitted pretty easily with the moniker of “sloppy Joe” – a phrase which while it doesn’t directly mention his weight, certainly plays to his physical appearance. But that is as it always has been in politics – Howard was “little Johnny” even though he was taller than Hawke, Keating was the “undertaker”, Peacock had to cop it for his “suntan”. Doesn’t mean we should applaud it though (says he using Homer Simpson for the second time in a week to represent Hockey!)

And anyway Hockey is deserving of scorn not for his appetite, but for his line of questioning. Tell me how many Australians out of 100 you think have heard that the Treasurer puts out an Economic Note each week? How many do you think bother to read them? How many do you think have read this one? If you’re suggesting the number if greater than 1, I have to tell you, sorry but you’re wrong. As a rule I don’t even read the things and I’m a freaking politics addict – I mean I read Hansard on an almost daily basis, and check to see if Budget Estimates transcripts are loaded on the PAH website!

So it was a line of questioning of such minuscule triviality as to render the entire point (if there was one by Hockey) laughable. Are the Liberals telling us that on the issue of a $9b recourses rent tax on mining in this country, the key issue is a fricken pie chart – and not actually the pie chart, but who put the figures into an Excel spreadsheet to create the pie chart?

It wasn’t too surprising that they left off on the attack (such as it was). The move to the BER was however a bit odd, especially as it gave Julia a chance to shine. She had particular fun with a question from Louise Markus who decided to make use of Question Time to take on the role of real estate agent as she spruiked the value of this house 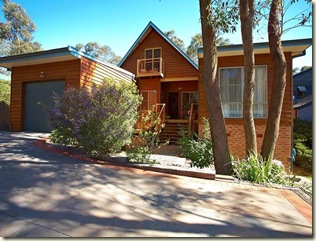 in Mount Victoria and compared it to a school building at the Mount Victoria Public School – commenting on its fish pond and pottery studio. She surely has missed her calling, because while she can’t cut the mustard as a Shadow Minister, she certainly did a good job selling the house. But geez, it was truly a woeful question – she might as well has gone to the dispatch box and held up an apple in her left hand and asked Julia why it didn’t cost the same as the pineapple she held in her right.

Julia killed her softly with her song. No screeching or shouting, just very deliberate cutting remarks. When Kevin Andrews got up to make a point of order she slew him with a line on his previous role as the introducer of WorkChoices – and the fool came back for more.

When the Hansard come out I might do a more in depth citing of it, because it was  a perfect example of how to destroy an opposition question. She did much the same later in the day in response to a Matter of Public Importance moved ion the issue. Her quiet, measured deliver was breathtaking to listen to, and it’s just a pity that the media like the audience in Australian Idol, think big noting loud performances are best.

One more day to go before they (and we) all get a week off before coming back for what will likely be the last two weeks of parliament before the election. We wait to see if there is any puff left in this Liberal Party, because if today is anything to go by they seem to have run out of questions.

Everytime you write about Question time or anything, the last piece is better than before, your pieces just get more interesting every time.

Grog,
You forgot to include Julia's slicing and dicing of the Member for La Trobe. It was so bloody comical because, by the end of her answer, he was caught by the Parliament cameras nodding in agreement with her!

Hillbilly - she also was pretty masterful on the 7:30 Report tonight.