A couple adverts have come out recently – one from the AWU, the other from the Liberal Party.

The AWU one is a cheaply done parody of The Addams Family (now The Abbott Family). It’s obviously a YouTube only ad because the Photoshop work is pretty bad and also they didn’t bother to do a grammar check and thus “their sneaky” got through instead of “they’re sneaky”.

Other than that it’s a pretty good online ad because the tune is catchy (wonder if the publishers are interested in their copyright…) and because Joe Hockey as Pugsley is just spot on (but really how amateur was it that they didn’t spot the error?) : 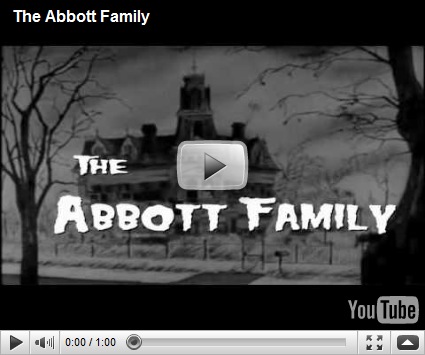 The next ad is the latest by the Liberal Party. It is a pure attack advert – having a go to Julia, Garrett and Swan for all sorts of bullshit – it’s the type of advert that no company would be able to do because it wouldn’t pass the truth in advertising test.

But while negative adverts are pretty standard nowadays, the tone of this one strikes me as being absolutely horrible. I have no idea who they think is going to be won over by this hate filled advert. They’ve got a women to do the narration to try and make it less violent, but I don’t know if picking the worst photo they can find of Gillard is going to win anyone over – especially women. The morphing is truly creepy and the ending just leaves me not wanting to see the thing ever again.

Obviously I’m biased, but I’d like to know what others think of this ad. Obviously we can watch The Gruen Transfer tomorrow night to find out what the experts think, but for me, this ain’t a winner. 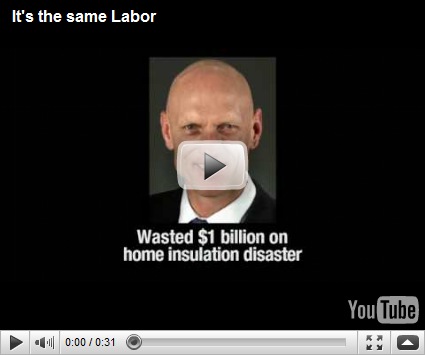 Agree - wrong in so many ways - feels like a rat is trying to fondle my visera.

I didn't find the morphing creepy at all. As for the attacks, I found them ineffective simply because the statements being made were of no interest to me whatsoever. The graphical effect of the morphing was much more interesting to watch.

At least the morphing is done well!
I'm not sure why they do it though. I guess they're suggesting Julia is the same as Swan and Garrett, but given they're in the same party and members of the same Govt it's not a big point to make.

Shouldn't they be morphing Julia with someone from outside the Govt - eg state Labor?

Bligh morphing into Julia might work - but I guess my point is that the Libs have to be careful how they attack Gillard, and having her morph in to a bloke's face and vice versa I don't think will endear many to their cause.

But then I'm probably overthinking this!

I thought that the Abbott family add was great. Mesma as Morticia! :)

imacca - yep I agree it is good - but it could have been really great if they had spent a bit more time - but I guess the whole point was to get it out there quick.

Is it just me, or does the photo of Gillard they used in that completely incoherent facial morphing ad make her look a bit like Peter Costello? Something about the nose.

Grog, love your stuff but if you criticise others’ spelling maybe you shouldn’t have “a women” in your post?

Gah!!! Anon - that was absolutely guaranteed to happen wasn't it?!!

I think they've left themselves open to the obvious response: a "same" ad with no morphing required, just show Howard's line up beside the current lot.

OSA online school admissions : A schools directory of India where you can find all the schools in India and select best school as per your requirements, Schools admission forms are available there on OSA .
fOr all the latest updates on schools in India.