I’ve hit a bit of a dead spot in the blog – things are happening in my personal life that have got me thinking about things other than politics (nothing too serious, but geez selling a house is not exactly stress-free).

And also this time is actually a bit of a political dead-spot. Sure Julia Gillard and Tony Abbott are already on an election footing, and we are all just waiting for the date to be called – August 28 or September 5 looking like being the date – but really look at the news – it’s pretty dull on the politics front. And so we twiddle our thumbs, make sure the coffee pot is ready for the long days of the election (where every night will only end with Lateline), try to cope with the fact that Eden-Monaro will not be a bellwether seat (and most likely neither will be Lindsay) and wait… and wait….

Before she calls it, Julia will come out with some dopey “climate change” policy. It’ll probably be all motherhoody and do bugger all to reduce carbon emissions. If they wanted to do something that was focussed on people doing something “direct” to reduce our dependence on carbon they could bring in a national gross feed in tariff. NSW and the ACT have gross feed-in tariff and it makes switching to solar panels actually worthwhile. It should be national, and it has to be if we really want to get serious about the issue. Make it so Julia (I know, I know, it won’t happen… sigh).

And so to fill this political dead patch instead of doing a 7:30 Report and writing about Bob and Blanche, I’ll go to the archives of The Daily Show from May and Lewis Black doing the most hilarious slaughtering of Glenn Beck’s tendency to invoke the Nazis whenever he wants to criticise Obama.

And because this election is the first Federal election in which people born in the 1990s will be able to vote, here’s a clip from the early 1990s, of The Late Show’s brilliant “interview” of John Hewson: 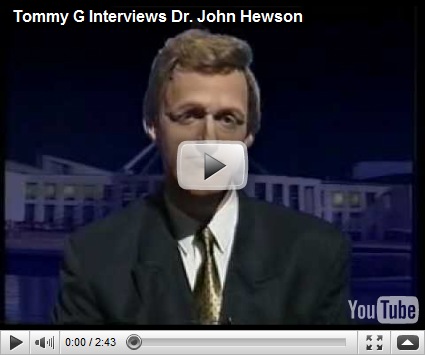 I suspect your long love for Julia is thus far unrequited. Mine, as well.

No not completely - just on climate change.

I'm happy with what she did with the MRRT and also with the asylum seekers (not how she went about it, but I am in favour of a regional solution - tricky part is getting Indonesia and, then, Malaysia on board).

I also think Julia needs to get a better speech writer - all this "moving forward" bullshit is stupid. Speak normally FFS.

Gross feed in tariffs have to be one of the stupidest policies of the last 20 years!

1. Solar PV is about the most inefficient renewable. (It does have a bright future but why lock in inferior technology now.)

2. Even if you did want to invest solar why put it on people's roofs, which obviously can't adjust to the position of the sun over the day and year, and are often shaded by surrounding trees.

"Nazi Tourettes" - what a classic!

Minor type Grog...Saturday 4th September is a potential election date (not the 5th)
;-)

You *wish* every day ends with Lateline, Grog... With ABC News 24 coming on line next week, zere ist no escape! ;-)