Kev’s no Howard, Julia’s no Costello, and Faulkner doesn’t keep notes in his wallet.

Kevin Rudd’s short time as PM was reflective of the increased speed of politics now compared to the 1980s. And in keeping with that new velocity, he has decided to dump on his successor before he has even taken the courtesy to depart from politics.

Today at the National Press Club, Laurie Oakes, emerged from a self imposed exile of the NPC and asked Julia Gillard the second question. No one remembers the first. Oakes’ question was to ask Julia to verify events on the night she challenged Rudd for PM: 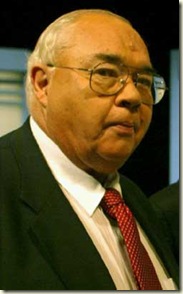 “Can I ask you is it true that Mr Rudd told you that night that he was working towards an October election?”

“Is it true that Mr Rudd indicated to you that if closer to the election polling showed that he as an impediment to the re-election of the government and that if that leading Labor figures such as John Faulkner agreed he would voluntarily stand aside?”

"Is it also true that you agreed that this offer was sensible and responsible? Is it true that there was then a brief break , during which Mr Rudd went outside and briefed a couple of colleagues on what he thought was a deal, while you contacted your backers and that when the meeting resumed you said you'd changed your mind, you'd been informed that he didn't have the numbers in Caucus and you were going to challenge anyway?"

Julia of course refused to answer. No one – not even Oakes expected her to (though he did make a bit of a show about her non-answer)

A couple things: Firstly many in the media have completely got the implications of this story wrong. There has been a lot of hyperventilating by some journos that this shows that Julia reneged on a deal and thus can’t be trusted (this is also the Tony Abbott line). Interestingly not even Laurie Oakes was giving this aspect much credence in his report in Nine News.

She reneged? Really? All Oakes has said is that she told Rudd his deal sounded “sensible and responsible”. Well that ain’t quite saying she agreed to it. I bought a house a couple months ago, I told the real estate agent I thought the price they were asking was sensible (and probably reasonable if not responsible)… and I then came back the next day offering $20,000 less.

My thinking is that Julia wasn’t agreeing to a deal, she was buying time to go back to her backers to tell them the spill was on. Surely Rudd was dead the moment he uttered those words, and if he thought he had a deal, bad luck mate, no deal in politics is set in stone unless it has been stated publically (and even then…).

The SMH (using APP’s Sandra O’Malley’s report) got it right:

Did Rudd try to cut a deal?

Julia Gillard has refused to confirm suggestions former prime minister Kevin Rudd tried to cut a deal in which he would resign before an October election if his position was still untenable.

What happened was Rudd, in utter desperation, tried to cling on to power for three more months. Had Julia been Costello it might have worked, but with someone like Julia, Rudd might have well resigned there and then. Just think if she had agreed to this dopey deal – Rudd would have been a rotting carcase swinging in the breeze, stinking up the joint and just waiting for someone to cut it down. Why wait? No one with any sense would have.

And as to whether this is Julia “horse-trading” for PM. Please, Rudd was the one trying to do the deal, Julia didn’t do it. I’m betting many, many things were offered and said that night, what matters is if Julia walked out at the end of the night saying that she would challenge or that she would not. She said she would. All the rest is just roughage for political tragics to chew on to keep them regular during the coming election.

Secondly, let’s look at this “deal”, and for example Samantha Maiden’s description of it as a “Kirribilli style” (or for that matter a Howard-Costello, Ian MacLachlan-wallet deal).

Both Hawke and Howard made deals to hand over the Prime Ministership at a latter date – much latter, and importantly after an election during which they would not have told the electorate they were going to retire. Rudd was saying he would stand down in about three months (if the polls were bad) and just BEFORE an election. Now IF Rudd and Gillard had made this deal back in 2006 when Rudd became leader, THEN it would be a real story. The whole point of the Hawke and Howard “deals” is that both leaders would win an election, then hand over the reigns. This “deal” however was a case of Rudd saying he would hand over the reigns to Julia about a month before an election – quite a different thing. In the Hawke-Howard “deals” the voters are duped; in the Rudd “deal” the voters get to have a say on the new leader virtually straight away.

But honestly why would anyone really accept such a deal as Rudd offered? Firstly you know he would renege himself – what, a PM voluntarily resign a month before an election? Yeah right. And secondly, just by offering the deal Rudd was conceding he was stuffed. How galling for a PM to get to such a low point that he was asking for a three month probation! It’s like a teenage boy asking his girlfriend not to dump him and give him another go – I’ll be better this time I swear! 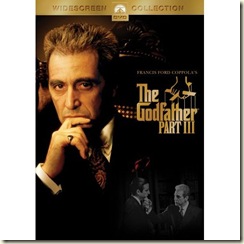 Bernard Keane nicely reminded me of that great tagline from The Godfather III film: “Real power can’t be given; it must be taken”. It’s a truth Keating knew and Costello didn’t. Gillard certainly did.

But all of this ignores the real story – how did Oakes get this information? There were only three people in the room: Rudd, Julia and John Faulkner. Julia obviously didn’t leak it, and Faulkner never, ever leaks. Which leaves….

Now maybe it wasn’t Rudd, but if not it must have been someone very close to him – like for example his former media advisor Lachlan Harris.

Either way it was a stupid move on behalf of Rudd to either do it or allow it to be leaked. At least Hawke and Latham left politics before they started dumping on Keating and Beazley respectively (and everyone else in Latham’s case).

Rudd really expects Julia now to make him Foreign Minister? The guy obviously betrays confidences when things go bad for him. And again, fine do it all you want, but don’t stay in politics – because staying in politics is about being loyal to your party; making sure your party wins the election. This ain’t helping the ALP; this just smacks of a very petty act (mind you I don’t think it will hurt Julia at all – it’s very much a Canberra-political insiders story that 98.97% of the population wouldn’t give a stuff about).

No one in the Public Service wants Rudd to get a Ministry, because they fear having to deal with his absurd demands. And personally I think giving him Foreign Affairs would be a huge mistake. If he was to get a ministry, I have to agree with Noel Pearson’s suggestion of giving him Indigenous Affairs. It is an important ministry in terms of actually helping people, but politically it’s a nothing portfolio.

No one thinks Rudd will ever be leader again. Maybe Rudd does, but if so, someone really needs to take him aside and tell him to piss off. And if he wants to stay, someone needs to tell him to pull his bloody head in.

Turnbull nearly did leave, but his ego led him to believe the Party will need him. Maybe it does – if he actually holds to his moderate views he is a real alternative to Abbott. But Rudd is no alternative to anybody. The issue remains as it did just before he was kicked out – what does he stand for?

So I think Rudd should quickly announce he has changed his mind and he will not recontest the next election. When the rotting carcase has been cut down, you don’t leave it to lie on the grass; you bury it.

I agree that Faulkner would not leak and I cant see why Gillard would.

The answer to whether it was Rudd that leaked (or someone close to him with his consent) will be known soon enough.

Proof will arrive in the form of either Rudd's announcement that he will not contest his seat or whether he is included as a 'Senior Member" (JGs words) should the Government be re-elected.

That said, I think Oakes has put a bullet in a wounded Rudd's head.

The chilling part of this is that the leak must have come from Rudd, or from a confidante with his approval, which implies Rudd's loyalty wasn't ever to Labor. Whether that's the case or not, common decency would seem to dictate that he now withdraw his plea for a place in the ministry. He and the party would be better served if he left parliament at the election.

All very true Grog, the only thing left for Rudd, is to pull off a UN job, graciously accept and then bugger off without entering domestic politics for about a decade. Then, possibly, he might be viable to return. However if was happy in a UN post he might well make Secretary General one day.

Laurie Oaks states that :
“Mr Rudd went outside and briefed a couple of colleagues on what he thought was a deal, while you contacted your backers”

Which would mean that more than 3 people knew about the deal, and the colleagues Rudd briefed were likely to be sympathetic to him or “on his side”. Plenty of opportunity for leaks.

According to the latest Nielsen poll, Labor has about 8 seats in Queensland in danger.

Rudd staying or going and the manner in which he stays or goes could be the difference between Labor winning and loosing the next election.

Who stands to gain from Laurie's big questions. Not Julia. Not Labor surely. Not Kevin in the long term. Kevin said he would stay and do his best to re-elect Labor. The back room heavies were also involved in the discussions that night and didn't really want Kevin but would they do this and risk the flak now coming the way of Julia Gillard. It's now the day after and JG has said she will still offer KR a senior position if re-elected. Kevin has reportedly cancelled his attendance at a dinner with the Australian American Dialogue Association so avoiding publicity and questions from more pesky news hounds. The other thought is the former longest serving Foreign Minister who still regularly indicates that he knows a great deal about KR and has never missed a chance to tell anyone who will listen. He did hint at the Scores outing as he walked past the microphone in Parlt. way back when and not long afterwards the story broke. Just a thought.